A new institution fighting intransparent lobbying and conflicts of interest

Equal rights of citizens, citizens’ trust in public institutions, guarantees that public decisions are taken in the general interest, based on elections’ results and political majorities and not captured by private interests, integrity of public officials are key features of any functioning democratic system. This requires irreproachable and fully enforced ethics rules applicable to public institutions and officials and to decision-making processes.

In the EU, we have ethics standards that are in many ways ahead of national and regional rules in the EU. However, because they rely solely on a self-regulatory approach where members of each institution judge themselves, they are in reality poorly enforced. In the European Parliament for example, despite at least 24 alleged breaches of the code of conduct, no procedure ever led to a sanction. The ethics rules are also very fragmented, with different rules and different procedures applicable to the different institutions, even the same staff regulations applied differently, which reduces their transparency and their understanding by citizens and by the individuals concerned.

As a result, multiple cases of unethical behaviours in the recent years and their insufficient handling by the EU institutions, like the revolving door cases of José Manuel Barroso and Neelie Kroes, conflicts of interests of MEPs like Rachida Dati, the cash for amendment scandal have harmed the trust European citizens put in the EU institutions, contributed to damaging the reputation of the European Union and shown that the EU ethics oversight system falls short of the expected impacts.
This is why we believe that we need a single and independent EU ethics body.

The new EU Commission finally promised such an independent EU ethics body with its election last year. All lead-candidates of the last elections support the body.

It is time to make this happen! 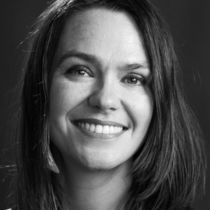