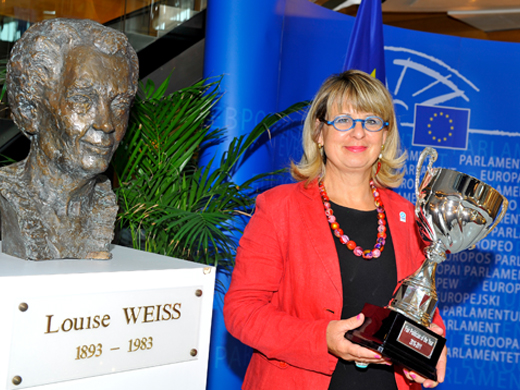 Since 2009 the Evert Vermeer Foundation has been awarding the Fair Politician prize to the Member of the European Parliament who has contributed most to enhance Policy Coherence for Development. Without coherent policies, development cooperation cannot be fully effective.

In Brussels,  the Evert Vermeer Foundation runs the Fair Politics project (www.fairpolitics.eu). By monitoring the parliamentary questions, amendments, reports and opinions, points are granted to the MEPs. At the end of the parliamentary year the scoreboards are checked and the prize is awarded.

The award ceremony of the prize took place in the European Parliament on 29 June 2011. The Top 3 of each political group is invited to join the ceremony. The S&D and the Greens won the most points this year. No less than 4 MEPs from the Greens scored 7 or more points! The top scores therefore go to MEPs Judith Sargentini, Franziska Keller, and Eva Joly.

But the ultimate winner of the parliamentary year is MEP Catherine Grèze who won 10 points on behalf of the Greens. She scored points by proposing amendments on the migration flows report, on the CAP towards 2020 report and on the EU’s new trade policy. Furthermore she was the rapporteur for the opinion on the external dimension of social policy.

Catherine Grèze sees this prize as an encouragement to keep enhancing Policy Coherence for Development in the European Parliament. 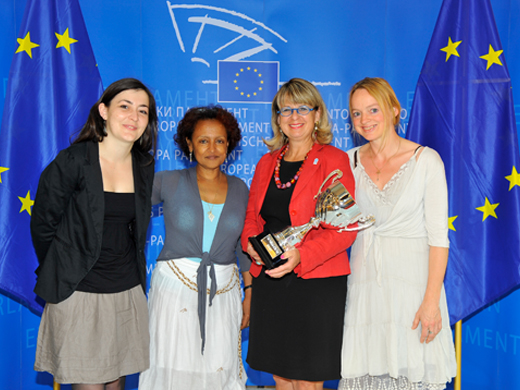