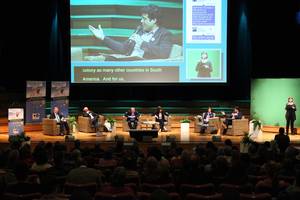 “Let’s redesign Europe” – This will be the theme of Dany Cohn-Bendit’s ‘fresh start’. A fresh start because 2014 will mark the end of an era in which as a MEP, Dany Cohn-Bendit embodied the European dream through his speeches, writings and actions both within and outside the EU institutions.

This may well mark the end of a period, but not the end of the dream. Our discussions on the future of the EU and its institutions won't stop here... Furthermore, the last few years have provided ample material for critical examination: economic crisis, financial storm, Eurozone governance, crawling renationalisation of EU, confidence crisis of Europeans, lack of democratic legitimacy, etc. The European project, as a postwar peace and reconciliation project, is no longer able to inspire citizens. "Technocracy", "distant", "a Europe made by elites for elites". The divorce is evident. This crisis is therefore a huge challenging for the European Union and means it must reinvent the European project and redefine its hopes and ambitions.

"Let's redesign Europe": April 5th come one, come all and join us in in a festive and participatory atmosphere! 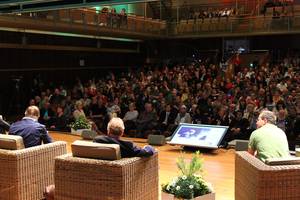 Opening : Daniel Cohn-Bendit, Co-President of the Greens/EFA Group in the European Parliament

Opening by Monica Frassoni, Co-President of the European Green Party 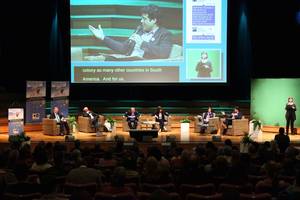 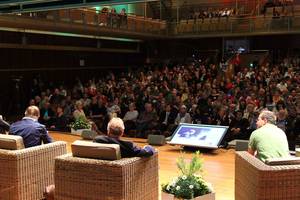 21:00-23:00
CONCERT
met GORAN BREGOVIC and his Wedding and Funeral Band