Greens/EFA Member Benedek Javor has achieved a broad coalition within the European Parliament on a report to safeguard the EU’s financial interests (the PIF report) and increase the confidence of citizens by ensuring that their money is used properly, efficiently and effectively. 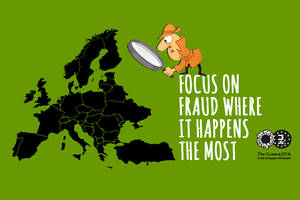 The majority of EU Parliamentarians called upon the European Commission, and notably the Member States, to adopt a regulation to establish a European Public Prosecutor's Office to effectively combat fraud across Europe as soon as possible. They also supported the Commission in demanding a strong directive to ensure robust protection of the European Union's financial interest, which would also include combatting VAT fraud.

The Special report of the Court of Auditors on VAT also supports our view that the EU system is not effective enough, and that OLAF does not have tools for investigating cross-border VAT fraud.

Controlling the spending of EU funds is a joint obligation of the European institutions and the Member States. The fact that this European Parliament report was adopted by such a large majority is a signal for the Member States that they should engage in negotiations with the European Commission in a constructive manner and act decisively to ensure that the spending of public funds is effectively controlled.