Greens/EFA MEP Jordi Sebastià together with colleagues from the GUE/NGL group organised a hearing at the European Parliament in Brussels to consider the impact of Israel's demolition policies in East Jerusalem and the West Bank.

It was reported that whilst damage to EU funded projects in the occupied territories isn't new, the scale of destruction has increased significantly since the EU's move in 2015 to label Israeli settlement products. 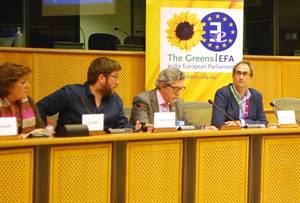 Jordi Sebastià said that he'd visited the occupied territories with the European Free Alliance (EFA) Group in June 2015 and saw at first hand some of the destruction.

He told of visiting a Bedouin school at Abu Al Nuwar financed with EU money which has since been demolished to make way for Israeli settlement expansion. 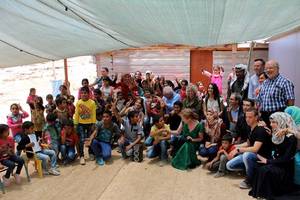 Euro-Med monitor has estimated than since 2001, Israeli authorities have destroyed around 150 projects either partly or wholly funded by the EU or its member states.

They put the cost to the EU at an estimated 58 million euros. The same report states that the UN has reported 120 demolitions of EU funded buildings in the first three months of 2016 alone. This has included a school, a children's playground and a Dutch-funded farming project. 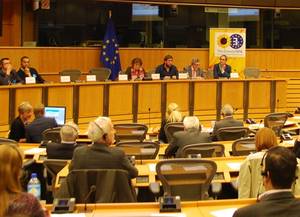 There were calls for the EU to seek compensation from the Israeli government for the destruction of EU funded projects, and for an end to the destruction.

Israel has at times claimed that some of the destroyed buildings were constructed without a permit and are therefore illegal.

EFA has always supported a peaceful resolution of the Israeli-Palestinian conflict and a two state solution, with two nations living side by side.