The outcome of the negotiations and 10 key points 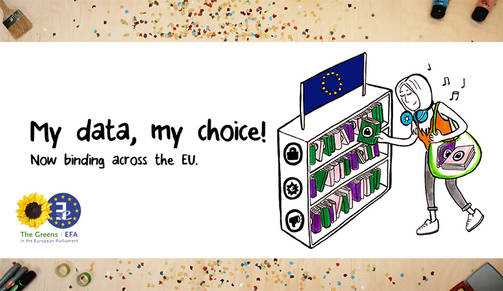 Problem: A privacy patchwork. Until today, the 28 EU member states of the European Union enact their own laws based on the 1995 Data Protection Directive. Despite the fundamental principles enshrined in Article 16 of the Treaty on the Functioning of the EU (TFEU) and Article 8 of the Charta on Fundamental Rights (CFR), different implementation and enforcement of the Data Protection Directive throughout the Member States have led to different data protection standards with negative consequences for citizens and businesses across the single European market. Solution: The same, high data protection level for all 500 million EU citizens. The Regulation will apply to all data processing by individuals as well as private and public entities. Only the prevention, investigation, detection and prosecution of criminal offences and the enforcement of criminal penalties are excluded from the latter area of the scope and will fall instead under the future Directive on data protection in the police and justice sector. This act has been negotiated and concluded in parallel to the Regulation. The new Data Protection Regulation aims at establishing a single level playing field on the basis of high data protection standards, fit for the digital age. As part of the EU’s Digital Single Market it will make it easier for data controllers and users to know what their rights and obligations are and to enforce their rights. Companies can no longer have their main centre of operation in a country with weak data protection standards. According to the Regulation, EU data protection standards apply whenever goods and services are offered on the European market – whether from within or from outside of the EU. Stronger, consistent enforcement measures, new rights like data portability, principles such as data protection by design as well as high sanctions in case of infringements will strengthen the trust of citizens in European data protection and foster competition in the digital market. Timetable: After the proposal of the Data Protection Regulation in January 2012 by the European Commission, the adoption of the European Parliament’s first reading in March 2014 and the Council’s general approach (position) in June 2015, trilogue negotiations took place from 24 June until their conclusion on 15 December 2015, when a tentative agreement was found. This has now been confirmed by the Parliament’s LIBE committee (17 December) and needs to be passed by the Member States’ EU ambassadors in the Council (COREPER) (foreseen for 18 or 21 December). After, there will be formal adoptions at Minister level and by the Parliament’s plenary. The regulation will then apply in every EU Member State two years after the publication in the EU’s Official Journal.