Get Women on Board

Will the EU do what it takes? 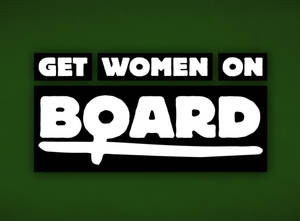 The voluntary approach has unfortunately failed. In spite of all the lip service, women are still grossly under-represented on the boards of large European companies. Despite 60% of university graduates in the EU being women, their presence in the highest decision-making bodies of the largest publically-listed companies is at a mere 14%. Binding targets, with sanctions for non-compliance, have however already proven successful in addressing this equality gap in European countries. It is therefore time we built on this success by introducing such targets at EU-level.

The Commission's proposal on improving the gender balance among non-executive directors of companies listed on stock exchanges is an important step for redressing one of the major outstanding barriers to gender equality in Europe. The Greens are happy that the legislative process has finally been launched. After many months of campaigning on this issue, it is now up to us and rest of the European Parliament to start improving the proposal. But which choices should we make? What elements are needed to make legislation work in practice? And what is needed to overcome the resistance and ensure an effective proposal is fully adopted? At this conference we have cast a wide net to gather together expertise to best answer all of these questions and more: #womenonboard Speakers:      Marije Cornelissen, MEP
Mr. Petter Sørlien, Mission of Norway to the European Union
Carola Eck-Philipp, consultant and project manager European Women Management Development Network EWMD
Claudia Menne, Confederal Secretary, European Trade Union Confederation Prof. Dr. Linda Senden, Utrecht University
Professor David Sugarman, Director, Centre for Law and Society, Lancaster University
Rosalinde van der Vlies, EU Commission For the most up to date programme, link to the livestream and registration to access the EP and attend the event, please visit our event page If you are unable to attend and are watching the livestream, Green MEP Marije Cornelissen will be ready during the Q&A session to pose and answer your questions sent via twitter hashtag #womenonboard

Protection of fundamental rights in the EU