Issue 3 of the GMO Campaign Newsletter 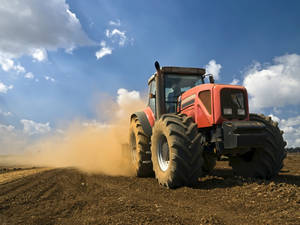 Standing Committee on the Food Chain and Animal Health (SCFCAH)

At the 10th February Standing Committee on the Food Chain and Animal Health (SCFCAH) meeting, a discussion on the legally binding standards for European Food and Safety Authority (EFSA) GMOs’ food and feed risk assessment was planned (see (In) digest GMO 2). We think that the proposed standards are wholly inadequate to exclude risks for human health and the environment, and although the process does not allow the European Parliament (EP) to intervene (it is considered as implementing measures), we felt that we need to address the issue politically. We (Greens/EFA MEPs José Bové, Jill Evans and Martin Häusling) have therefore co-signed a letter to highlight our concerns with MEPs from EPP, S&D, GUE, ALDE and even ECR. This shows a shared concern that risk assessment will still be failing.

The discussion is bound to continue at next SCFCAH meeting, on 12th and 13th March. Member States will also discuss the consequences of the ruling of the European Court of Justice on the regulatory status of genetically modified pollen in honey.

Following the first meeting of the Appeal Committee on GMOs on 17th January (see (In) digest GMO 2), that was unable to reach a qualified majority against or for the authorisations for imports of 4 herbicide tolerant genetically modified soybeans for food and feed uses (no cultivation), the Commission has (not surprisingly) given the authorisations for these 4 GM soybeans on 10th February. For one of them, it is the renewal of the authorisation of the Roundup Ready soybean that had been allowed in 1996 in the EU. Note that under the new comitology rules, the Commission was not obliged to authorize them in the absence of a qualified majority as it used to be in the old comitology, but nevertheless it has decided to do so, showing again its pro-GMO inclination.

On 5th July 2011, the EP had voted the "Lepage report" on the Commission proposal to give a possibility of Member States to restrict or prohibit the cultivation of GMOs in their territory with a large majority (including our group).

The proposal is stuck at the level of the Council, as a blocking minority of countries oppose it. The Danish Presidency is now tabling a compromise text, which it hopes will be accepted at the next Environment Council, on 9th March.

The Danish draft proposes 2 ways for a country to limit/ban a GMO on its territory. The first is a direct negotiation with the applicant to restrict the cultivation for different areas directly in the authorisation decision. We believe that this is very dangerous, as it gives an enormous power of negotiation to private companies, that are already infiltrating the scientific assessment bodies, and would be in a position to negotiate the country's agreement at the EU level in exchange of not growing in the country. The second way of banning a GMO cultivation would be the use of other legitimate concerns that are not contradictory with the environment impact assessment from EFSA, making it very fragile legally. We think that the Danish proposal should not be accepted as it is now, and it is also the position of environmental NGOs, such as FOE and Greenpeace.

France to take emergency measures against cultivation of GM maize

On 20th February, France's ecology ministry asked European regulators to suspend authorisation for the cultivation of genetically modified MON810 maize crops from Monsanto. The request is "based on the latest scientific studies" which show that the use of the GM crops "pose significant risks for the environment." The ministry pointed to a recent study by EFSA that raised concerns with another form of GM crop, Bt11 that could also be applied to MON 810.

"If the European Union does not act, we can invoke the safeguard clause" which allows EU nations to independently restrict or prohibit the sales of products, the ministry said. The earlier safeguard clause had been declared illegal by the ECJ, and then the French Conseil d'Etat, because the Commission had not been informed before the measure had been taken in 2008.

In order to support its demand to the Commission, the government has opened a public consultation until March 6th. Please, consider to send your inputs in support of a suspension of the EU authorization or a national safeguard clause. Thanks in advance.

Germany: Gathering against GMOs in Berlin

Despite the cold and snow, 23,000 people made it to the streets of Berlin on 21st January 2012, to ask Chancellor Merkel to re-orientate agricultural policies, under the slogan "We've had enough! We want farms and not farming factories". It happened during the "Green week", the biggest farming fair in Germany. The crowd protested against food scares, genetic engineering in food and animal cruelty in mega stables, and demanded an environmental future for a living rural agriculture.  The demonstration was called by a coalition of over 90 organisations in the fields of agriculture, environment, animal welfare, consumer protection and development cooperation. Green MEP Martin Häusling took part in the protest that was a clear demonstration of the interest of the German population for a sustainable agriculture and against GMOs.

The Bundestag (German Parliament) unanimously adopted a resolution on 9th February 2012, that asks the federal government to work at the EU level to insure that no patents are granted on conventional breeding methods, livestock and plants derived by such methods, as well as their offspring, and that the scope of product-by-process patents which cover livestock and plants is limited to the process described in the patent.

Netherlands: Victory in a case of a patent on a plant

On 31st January 2012, for the first time in a Dutch court, the Court in The Hague has rendered a judgment in a patent case between the companies Taste of Nature and Cresco on the patentability of a plant obtained by an essential biological process.

Taste of Nature was of the opinion that Cresco, by selling their Red Radish Cress (Raphanus sativa), was infringing their patent, that relates to radish sprouts with a specific level of anthocyanins (anti-oxidants), obtained by essentially biological methods. According to the Court, allowing the protection of a plant obtained solely by a non-patentable, essentially biological method is contradictory to the European Patent Convention. Taste of Nature’s claims have therefore been dismissed.

As a response to the summary proceedings initiated by Taste of Nature, Cresco has decided to start nullity proceedings, in which the Court has been asked to nullify the patent of Taste of Nature in The Netherlands. The procedure will begin this spring.

Each year, February is the month when biotech industry lobby group ISAAA presents its inflated, biased and non referenced figures for the worldwide adoption of GMO crops, trying to convince about the successes of the technology. For 2011, it indicates a total area of GMO crops of 160 million hectares, grown by 16.7 million farmers (8 % growth in area and number of farmers from 2010), in 29 countries.

Although the picture looks grim for sustainable farming advocates, it is worthwhile noting that for the first time since 1996, the growth of GMO crops is less than 10 %, and no new country has decided to grow GMOs since last year. The total area devoted to GMOs and the number of farmers is still very small compared to the world agricultural area and the world farming population. And in Europe, according to Friends of the Earth, GMO crops are grown on less than 0.1 % of arable land, dwarfed by organic farming that, even still a niche, occupies almost 4 % of EU arable land. And 19 EU countries do not even grow any GMO crop.

Non-GMO Project Verified has become the fastest growing food eco-label in North America, as sales of certified products hit $1bn in 2011, according SPINS, a market research and consulting firm for the Natural Products Industry. This figure does not include foods sold at Whole Foods or Wal-Mart, so is likely to underestimate the total sales figure of non-GMO labelled products by a wide margin.

The Non-GMO Project, a non-profit organization, offers North America’s only third party verification and labeling for non-GMO food and products. The verification seal indicates that the product bearing the seal has been produced according to consensus-based best practices for GMO avoidance.

Organic Monitor said that consumers increasingly are looking for greater authenticity in food supply chains – and this was largely responsible for the rapid growth of the Non-GMO Verified seal since its launch in 2007.

According to the US Department of Agriculture, 94% of all soy, over 90% of sugar beet and canola, and 88% of corn in the United States is now grown using GM seeds. In processed foods, the Grocery Manufacturers Association has estimated that more than 75% of foods on the market contain GMOs.