Issue 17 of the GMO Campaign Newsletter 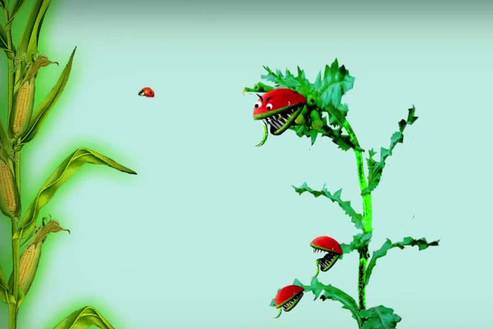 New Directive on GMO will enter into force in April

Following its formal adoption at Competitiveness Council on March 2, and final signature at the EP plenary session on March 11, the Directive (EU) 2015/412 of the European Parliament and of the Council amending Directive 2001/18/EC as regards the possibility for the Member States to restrict or prohibit the cultivation of genetically modified organisms (GMOs) in their territory has been published in the Official Journal of the European Union on March 13. It will enter into force 20 days later, at the beginning of April. Member States have 6 months for transposition in national laws.

The Greens/EFA group has been very critical of the proposal and voted against it, as it suspects that this new scheme will pave the path for GMOs in the EU, without addressing the flawed authorisation process. Green MEP Bart Staes said: "Despite a majority of EU member states and citizens being consistently opposed to GMOs, the real purpose of this new scheme is to make it easier to wave through EU authorisations of GM crops. Countries opposed to GMOs are given the carrot of being able to opt-out of these authorisations but the scheme approved today fails to give them a legally-watertight basis for doing so. This is a false solution."

The fight will continue at EU level, following Juncker's commitment to improve the authorisation process by making it more democratic, as specified in the mission letter sent to the new SANTE Commissioner, Vytenis Andriukaitis and in the Commission Work Program for 2015.

The Greens/EFA group will also be heavily involved at national level to encourage national governments to  ensure they use the opportunities of this new text to effectively ban GMO crops on their territory. A first test case on the governments' willingness to act will be when Pioneer GMO maize 1507 could be formally authorized, and when the renewal of the authorization for Monsanto MON810 maize could be granted.

Commissioner Andriukaitis confirmed during an exchange of views with the ENVI Committee of the EP on 26 March that the Commission will make a proposal to revise the GMO EU authorisation process at the end of April, as requested by President Juncker in his mission letter. However, he indicated that the revision would only deal with GMO imports and use as food or feed. This is simply astonishing, as the request from President Juncker has been motivated by the authorisation of GMO maize 1507 for cultivation, which may be granted despite the opposition of a large majority of Member States.  In its Work Program for 2015, the Commission says that it “will review the decision-making process for the authorisation of Genetically Modified Organisms (GMOs) in order to address the concerns of citizens' and Member States as regards the Commission's current legal obligation to approve the authorisation of GMOs in cases where a clear majority of Member States opposes the proposal.” This is exactly what happened with the last authorisation for cultivation, and this concerns cultivation where citizens and MS have more at stake.. The recent GMO Trojan horse opt-out directive is addressing grounds for MS’ bans, but not the authorisation process itself, this also applies to imports and needs to be reviewed to be made more democratic. One wonders whether this betrayal of the objectives claimed by Mr. Juncker comes from the Commission services, the Commissioner or the President of the Commission himself.EU citizens and the EP will naturally feel they have been cheated by the Commission if it narrows the review to imports and food and feed, and forgets about cultivation completely.

Although concerns were high that the Commission would rush the authorisation for the cultivation of GMO maize 1507 from Pioneer after concluding the so-called opt-out directive, a new scientific study has caused delays. Indeed, the most comprehensive study on maize pollen dispersion in the environment (10 years on 216 sites in Germany, Switzerland and Belgium) has indicated that distances for maize pollen deposition were a lot higher than previously thought, up to 4.45 km. Following this study, The European Food Safety Authority (EFSA) has indicated that it will review its recommendations for risk management measures, which it hopes  to publish at the end of May. Up to now, the EFSA recommended safety distances of only 20-30 m! It would be rather unreasonable for the Commission to authorise this controversial GMO crop now that new concerns have arisen regarding the distances which GMO pollen can fly and interact with the environment, and while the authorisation process is under review. In a common letter to Commissioner Andriukaitis, Friends of the Earth Europe and Testbiotech petition: « On the basis of this research it is therefore clear that GM maize cannot be grown in the EU without causing widespread contamination or threatening endangered species. We therefore urge you to reject the authorisation of 1507 and Bt11 maize, and halt the cultivation of MON810 in order to take the findings of the research fully into consideration.

All of the issues above (and many more) will be discussed during the 10th GMO-Free regions conference in Berlin, from 6 to 8 May 2015. Governments, Business and Civil Society gather in Berlin from 6 to 8 May 2015 for the GMO-free regions conference: Future Opportunities and Challenges. It is the first time that the 3 pillars of a GMO-FREE EUROPE – regional governments, businesses and NGOs with scientists –organize such a conference jointly. Preparation for this big event, organized by the European GMO-free Regions Network, Danube Soya Association and the NGO network of GMO-free regions is well underway and registrations are open. All interested in building a GMO-free Europe can register at: http://www.gmo-free-europe.org/register.html.

EFSA against Bulgarian ban on MON810

On 16 December 2014, EFSA published its statement on the Bulgarian ban on the cultivation of GMO maize MON810. As usual, the authority did not want its previous assessments on the safety of this GMO maize to be questioned. It concluded that neither the arguments put forward by Bulgaria nor the supporting documentation revealed new scientific evidence, in terms of risk to human and animal health or the environment that would support the adoption of a ban on the cultivation of maize MON 810. In the absence of new relevant scientific evidence, EFSA concludes that its previous risk assessment conclusions and risk management recommendations on maize MON 810 and those of its GMO Panel remain valid and applicable. Furthermore, EFSA adds that the quality of the data presented by Bulgaria was insufficient, and strongly recommends Member States who invoke safeguard clauses or emergency measures to supply relevant new scientific data of a quality which can be subjected to detailed scientific scrutiny.

There are still nine EU countries that have asked for a ban on the cultivation of MON810 and in every case which EFSA have looked at, most recently France, it concluded there was nothing that would change its opinion. No doubt that EFSA will give a positive opinion on the renewal of the authorisation that it is processing now!

1. Can the Commission confirm that the GMOs resulting from new genetic engineering techniques are covered by Directive 2001/18/EC?

2. Does it intend to exclude some of these techniques from the scope of Directive 2001/18/EC, and if so, why?

3. Will it continue to regulate both the techniques and the resulting products, in accordance with the European legislation in force?

4. Does it plan to propose regulating only the products obtained, irrespective of the technique used?

Given the concerns expressed by the German NGO Testbiotech on the long term studies on health impacts of GMOs (GRACE and GM-TwYST) that the Commission decided to undertake after the controversial 2 year study from Séralini et al., Green MEPs Molly Scott Cato, Bart Staes and Martin Häusling put the following questions for written answer to the Commission:

1. Was any agreement signed between the GRACE researchers and Monsanto – the developer of MON810 maize – and, if so, when will the Commission publish it?

2. When will the results of the 1-year rat-feeding trial, undertaken with MON810 maize under the GRACE project, be published in a peer-reviewed journal?

3. Has any agreement been signed, or will one be signed, between GM-proprietary companies and researchers on the EU-funded G-TwYST 2-year animal-feeding trial, and, if so, when will the Commission publish it?

In February, the US government decided to authorise the planting of GMO apples, called Arctic apples, which do not turn brown when peeled or sliced. It took the USDA 4 years after the initial request to give the go-ahead to the first GMO fruit tree, because it supposedly took a lot of time to analyze the issue around such an useless motive to create, disseminate and market GMOs that will be around for years in a row, as opposed to annual crops. USDA has also received more than 175.000 comments that were overwhelmingly opposed to the approval of the Arctic apple and had postponed the publication of a decision that had been supposedly made last May until the developer of the Arctic Apple, Okanagan Specialty Fruits, wrote a letter to Secretary of Agriculture Tom Vilsack to complain about the undue delay in approving their product.

It hopes that the non-browning feature will be popular with consumers, but many executives in the apple industry worry that the GMO apples will face opposition from consumers and tarnish the reputation of healthiness of the common apple. It may also damage apple exports from the US, as there will be admixing with conventional apples.

These apples won't be on consumers' tables too soon, however, because it takes a few years from the planting of the trees to the harvest of the first fruits. According to the company, 5,000 to 10,000 pounds of apples are expected to be ready by the fall of 2016, and they could reach stores, in very small quantities by 2017. There is still time for consumers and citizens to reject it. “This GMO apple is simply unnecessary,” according to Food & Water Watch, “Apple browning is a small cosmetic issue that consumers and the industry have dealt with successfully for generations.”

McDonald’s and Gerber have both sent letters saying they had no plans to use the apples. The groups also renewed their call for genetically modified foods to be labelled as such.

Following the US decision, Canada gave its authorisation to grow the Arctic apple in March. Okanagan Specialty Fruits is a Canadian company, based in British Columbia [1].

On March 5, a week of activities protesting against the authorisation of GMO eucalyptus in Brazil, took place as 300 peasants organized by La Via Campesina occupied the meeting of the Brazil National Biosafety Technical Commission (CTNBio) in Brasilia. The Commission was convening to discuss the release of three new varieties of transgenic plants in Brazil, including the request by FuturaGene to legalize their genetically engineered eucalyptus trees. The CTNBio meeting was interrupted and eventually cancelled. Earlier that morning, 1,000 women of the Brazil Landless Workers' Movement (MST) from the states of São Paulo, Rio de Janeiro and Minas Gerais occupied the operations of FuturaGene Technology Brazil Ltda, a subsidiary of Suzano timber corporation, in the municipality of Itapetininga, in São Paulo. This location is where transgenic eucalyptus, known as H421 is being developed and tested. During the protest, the MST destroyed the seedlings of transgenic eucalyptus trees there and denounced the potential impacts that would be caused by the release of transgenic eucalyptus if approved by CTNBio. "These GMO eucalyptuses are engineered to grow faster and mature in only 4 years instead of 6-7 years in conventional eucalyptus. The water consumption is bound to increase 25 to 30 liters per day per GMO eucalyptus over what is currently used. MST is calling attention to the danger of green deserts."

The authorisation of this GMO tree will be discussed at CTNBio's next meeting, on April 9. You can state your opposition to this GMO by signing the on-line petition.

Radical transformation of our agricultural system needed, not GMOs