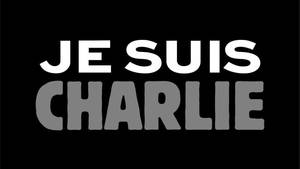 Mon. 12 January – EP plenary debate The brutal and senseless attack on the offices of French satirical publication Charlie Hebdo was in the focus at the start of EP's plenary session. The Greens/EFA group strongly condemned the attack and expressed solidarity with the families, friends and colleagues of the victims. The attack is an attack on the spirit of community, as well as on freedom of expression, a central pillar of our democratic society. It is more important now than ever that we defend common European democratic principles and values.

EU GMO authorisations and the Trojan horse of the opt-out

Tues. 13 January – EP plenary debate and vote The European Parliament voted Tuesday to endorse an agreement on a new scheme for the cultivation of genetically-modified organisms (GMOs) in the EU. The Greens voted against the new scheme, as it would renationalise decisions about GMO cultivation instead of reforming the risk assessment process for GMOs, which is urgently needed. This new scheme risks easing the way for GMOs in Europe, whilst failing to respond to the need to address the flawed EU procedure for authorising GMOs. Despite a majority of EU member states and citizens being consistently opposed to GMOs, the real purpose of this new scheme is to make it easier to wave through EU authorisations of GM crops.

Tuesday 13 January - Council and Commission statements With human smugglers trying new routes and tactics in the Mediterranean, putting the lives of desperate migrants in danger, MEPs discussed Tuesday the causes and necessary EU response. The Greens criticised the decision to discontinue the Mare Nostrum mission, which aimed at saving lives at sea, and replace it with the far more limited Triton mission, which focuses on coastal waters. Experts are citing this as a causal factor in the new human smuggling practises. We need to both rethink our approach to European borders and focus on protecting migrants’ lives, as well as ensuring there is a proper legal system for migrants to come to Europe. More information
Christine Sidenius - Advisor on Civil Liberties, Justice and Home Affairs
christine.sidenius@ep.europa.eu ___________________________________

Ukraine, Russia and the EU's role

Weds. 14 January – EP plenary debate; vote Thurs. MEPs debated the situation in Ukraine and the EU's role after the latest developments. The resolution adopted Thursday included the request for stringent conditionality for any European financial aid to Ukraine in particular on the fight against corruption and a call for the full implementation of the Minsk protocol. The Greens believe the EU needs to continue to present a strong and united face towards Russia, with a view to ensuring a peaceful resolution to the Ukraine conflict, which respects the democratic and pro-European aspirations of Ukrainians, whilst protecting Ukraine's integrity.

Thurs. 15 January – EP plenary vote The European Parliament voted on several resolutions outlining its response to the European Commission's controversial work programme for 2015. After much drama, alliance-making and breaking in the hope of reaching a joint common resolution, the seven political groups in the EP were unable to find common ground and thus each presented its own resolution. Unsurprisingly, none received a majority of votes. Although it is regrettable that the EP could not speak with one voice on this issue, a majority of MEPs voted in favour of several different paragraphs of each resolution, expressing support for maintaining draft EU legislation on air quality and waste and resource use in specific votes. The Greens/EFA group was just as concerned with what was not in the programme than what is. The problem now is that with this shambolic vote and no common European Parliament position, the Commission may or may not keep these proposals. This would be a scandal and a blow for EU citizens. The regulatory roll-back is being marketed under the banner of better regulation, but axing crucial social, environmental and health legislation would be anything but. The negotiations towards finding common resolution were like a bad TV soap opera. The Conservatives (EPP) had the role of the schoolyard bully, making deals only to back out of them at the drop of a hat. For about 15 minutes, a traffic light coalition (Socialists and Democrats (S&D)-Liberals-Greens) was formed, until the S&D seemed to have got frightened of situation unfamiliar, for them, i.e. a common text without the Conservatives.

Turkey, freedom of expression and the EU's role

Thurs. 15 January – EP plenary vote The European Parliament adopted Thursday a resolution on freedom of expression in Turkey. The recent, pre-planned arrests of dozens of journalists, media executives and the systematic pressure against the media in Turkey in December dealt a major blow to the commitment of Erdogan’s government to democracy and fundamental values. The EU must continue to pressure the Turkish government to release the journalists. The EU has to use the ongoing accession negotiations to push for reforms regarding democratic and fundamental rights and give these priority over single market rules.

The atrocities by Boko Haram in Nigeria were debated by the European Parliament Wednesday, following a request by Green MEPs and initiated by Heidi Hautala. With over 2,000 innocent civilians massacred by the Islamic militants in Baga, the world cannot continue to turn a blind eye to the Boko Haram crisis.

Tues. 13 January – European Commission communication The European Commission presented Tuesday an analysis of the outcome of a public consultation it launched on the controversial investor-state dispute settlement mechanism (ISDS) in the EU-US trade and investment partnership (TTIP). Over 150,000 people responded to the consultation with a large amount of the respondents raising fundamental concerns with ISDS in TTIP. 97% of respondents either voiced opposition to or concerns around TTIP or opposed or expressed general concerns about investment protection/ISDS in TTIP. Only 3% provided comments on how to improve the ISDS mechanism. For the Greens, this public opposition cannot be ignored. Instead, the Commission's analysis of the consultation merely focused on the responses to the more specific questions. ISDS – a mechanism that allows private corporations to sue states via opaque private tribunals - has no place in TTIP or EU trade policy in general. It is an opaque procedure which can be and is used by multinational corporations to whittle away EU standards and regulations across a range of policies from the environment to food safety to social protection. Beyond ISDS, many more concerns with the TTIP negotiations and their implications for EU standards and the European public remain. The Greens will continue to fight against these negotiations and an agreement which undermines EU standards and democracy.

The European Commission presented Tuesday a legislative proposal for delivering the EU investment plan outlined by Commission president Juncker. Although the Greens appreciate that Mr. Juncker is moving swiftly to boost investment across Europe, we strongly believe that the plan’s architecture is flawed. Simply repackaging EU funds already foreseen for investment in other areas cannot work. The plan proposes to take €21 billion already allocated to research, development, transport, energy, telecoms and other key areas and, by the boosting private investor confidence, leverage €315 billion. While as Greens we are very much in favour of recycling, we have our doubts about outright magic. Taking from Peter to pay Paul will not amount to new investment. The low level of public money foreseen so far will not incentivise participation from the private sector: a leverage effect of 15 is not serious. The top priority of this fund should be to create a green energy union (based on energy efficiency and renewable energy), to reorient our economy and to stimulate social and green innovation. The proposal also raises questions about democratic control of the EU funds foreseen to the plan. Diverting funds from the EU budget to the EIB would remove funds from democratically-controlled EU programmes. Absent meaningful 'pull' incentives provided by the public sector which would allow quality investments with societal and environmental added value to become viable, the plan will only finance already foreseen projects and will therefore fail to bring new investments as urgently required  by the EU ailing economy.

A Greens/EFA group proposal for a full European Parliament inquiry committee into tax evasion and dumping following the Luxembourg Leaks revelations received Wednesday the required support of 25% of the European Parliament. The Greens welcome the cross-political support from all parliamentary groups and called on the Parliament and its president to move to set up the committee without delay. The wide-ranging political support for the inquiry committee demonstrates that ensuring a comprehensive EU response to this scandal is crucial for the credibility of the European institutions. Furthermore, this proposal was supported by pro-European forces in the Parliament and not the far right or UKIP, underlining it is not a Juncker or Europe-bashing exercise, but an attempt to ensure a credible EU response. The purpose of this inquiry committee is not to lay blame on any particular country but to understand the mechanisms that deprive national and European budgets of hundreds of billions of euros each year, and to fix that. The inquiry will also evaluate to which extent these harmful fiscal practices go against EU treaties.