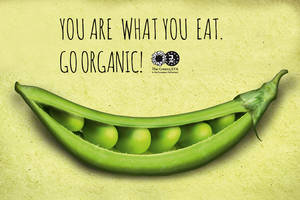 Commission’s cynical moves to ease way for GMOs in Europe On 22 April, the European Commission presented a proposal for a new scheme of renationalising decisions on GMOs in the EU. The proposals would introduce the possibility for EU member states to restrict trade of GMOs within their territory without touching the authorisation procedure for GMOs as such. Read more On 24th April, the cynicism goes on, while the European Commission announced it was approving 10 new genetically modified organisms (GMOs) for food or feed use and renewing 7 existing authorisations, as well as approving 2 new genetically-modified flowers. Read more Greens firmly criticised these decisions which are a clear affront to citizens' position against GMOs. Organic: driving force towards paradigm change for our broken food system The promotion of organic food and farming has always been one of the European Greens’ core values since entering the European Parliament. Today, no single political party in the European Parliament would question the extraordinary success story of the organic sector. However, this success carries substantial risks. Over the past months, Greens have discussed these concerns with the organic movement but also with animal welfare groups and a wide range of stakeholders. We believe that we have taken into account many concerns and proposals and have chosen not to go for a complete rejection of the Commission proposal  because we believe it is better to try to seize this opportunity to improve the proposal. Organic farming is currently tolerated as a niche sector or exception from the existing conventional system. As Greens, we believe organic must continue to fundamentally challenge the conventional farming system and demonstrate its validity as an alternative to an intrinsically broken food system.

School Fruit and Milk Schemes: natural food wins over agro-industrial plans. The European Union has run a School Milk Scheme since 1977 and a similar scheme to distribute fresh fruit in schools since 2007. The Commission decided to reform the schemes by merging them into a single legal instrument, with separate budgetary envelopes (€150m for fruit and veg, and €80m for milk). The proposal for a reform also includes strengthening the educational dimension of the programmes, such as farm visits, and limiting the products eligible for distribution to solely fresh fruits and vegetables and drinking milk. Instilling healthy eating habits from a young age, through educational establishments, is a necessity, today more than ever. 12-16 million children in the EU are overweight, of which 3-4.5 million are obese and consumption of fresh fruits and vegetables and milk products is on the decrease in Europe - falling by 9.4% for fruits and 10.3% for vegetables during 2005-2010 and 5% for milk products in the five years to 2011. A strong riposte to make kids' health prevail We needed a strong riposte to provide healthier food for our kids and strengthen their food education. The EP vote on the School fruit and milk schemes is a strong step into this direction. The Greens/EFA welcomes the result of this vote which takes into account our main demands to defeat pro agri-industrial plans. Our Group ensured that any processed products eligible for distribution cannot contain added sugar, added fat, added salt or added sweeteners. Moreover, strong provisions were included on the criteria for distribution, including local production, short supply chains, organic products, environmental farming and seasonality. Most importantly, the Greens/EFA group succeeded in excluding fruit-flavoured and chocolate-flavoured milk from the list of eligible products and banning the eligibility of products with flavour enhancers (E numbers), which were both very strong demands of the conservatives. These would have made a mockery of the programme.  The text also comprises a clear statement that EU funding should be in addition to, and not a substitute for, national funds on school nutrition programmes. It also allows more regional flexibility in the administration of programmes; and an additional €20m a year for milk (now €100m for milk and €150m for fruit and veg). Procedure more important than kids' health? However the procedural dispute over this file has not been resolved yet. Despite the initial initiative of the Commission to include the EP in the legislative process (codecision procedure), Council disagrees on this point, as they believe the proper legal base for this legislation should be "fixing prices", which is a Council competence, excluding the EP from the process.  Perhaps as a result of the Council's objection, the Commission proposed in its Work Programme for 2015 to urge the EP and Council to halt work on the legislation, while the Commission reviewed the proposal for subsidiarity and proportionality. Strange reasoning, given the Commission has already done an Impact Assessment and commissioned two external studies before proposing a reform. At this stage, the European Parliament wishes to negotiate with Council, but it's not clear whether they will agree. Such a procedural dispute from the Commission and Council may water down the gains of the vote in the European Parliament and unravel the democratic process, intended in this case, to improve kids' health.

Report exposes corporations and lobby tactics to stop the EU action on hormone endocrine-disrupting chemicals (EDCs). Report released by Corporate Europe Observatory (CEO) in cooperation with Journalist Stephane Horel reveals how not only corporate lobby groups but also the European Commission have been slowing down the process for a regulation on EDC. In the background, the current negotiations on the Transatlantic Trade and Investment Partnership (TTIP). Any potential EU action on EDC would be a severe blow for the EU-US trade talks.

Pesticides and bees: EFSA calls for data to assess the risk posed by neonicotinoids The call for data complies with the decision taken by the European Commission in May 2013 to put in place measures to ban the use of 3 neonicotinoid pesticides (clothianidin, thiamethoxam and imidacloprid) for a period of 2 years. The call for data is a first step towards a review of any scientific information that may justify the extension of the ban on thees pesticide for a longer and hopefully definitive period. National authorities, research institutions, industry and other interested parties that wish to submit new scientific information relevant to the evaluation of the risks posed to bees by the three neonicotinoid pesticides applied as seed treatments and granules, can submit data until 30 September.

«Let's change people's relationship to their diet to change the relationship between men. »  This is what e-Farmz means. A promising concept with an inspiring mantra. Baptiste Bataille is co-founder of this wonderful initiative, a food cooperative opening a new way to shop, eat and exchange food.  How? As simple as that: co-producing its own products with the support of local partners, raising awareness events with local farmers in the spotlight to share about their work, delivering local, healthy, and quality food in innovative urban shops. Get to know more about e-Farmz and Join the Food Revolution yourself!