Learning the lessons of 'dieselgate'

EFA MEP Jordi Sebastià wants Europe to learn the lessons of the so-called 'dieselgate' scandal which famously saw car manufacturer Volkswagen exposed for having installed software to manipulate emissions readings from its vehicles.

The scandal was originally revealed by the International Council on Clean Transportation (ICCT) in its report to the United States' Environmental Protection Agency (APA).

This week in Brussels, Jordi Sebastià organised an exchange of views in the European Parliament with Vicente Franco, an engineer who worked on the investigative team that uncovered the dieselgate scandal. 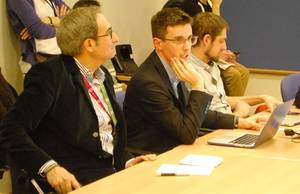 In late 2015 it emerged in the US that car manufacturer Volkswagen appeared to have programmed diesel engines in some of its vehicles to engage certain emissions controls during laboratory testing.

The result was to cause the vehicles' nitrogen oxide levels to meet mandatory testing standards, whilst levels in real world driving conditions were up to forty times more.

Franco told the meeting that he saw great differences in attitude to the issue between American and European authorities, with Europeans seemingly more flexible and tolerant towards the manipulations.

He called for vigilance from NGOs and others to ensure that lessons were learnt and the scandal was not repeated, particularly with the European Commission planning to reform European emissions limits. 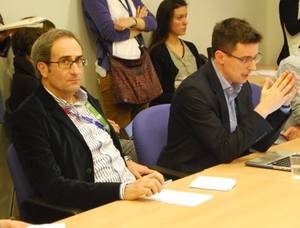 Jordi Sebastià said that public health considerations should always be crucial for the business sector. He criticised those using the 'blackmail' of the danger of job losses at Volkswagen for their 'ethical irresponsibility'.

Sebastià added: "There are three elements to the VW scandal: the effect on public health and the environment, the cheated consumers and the question of fraud in respect of public finances.

"Volkswagen has benefitted from public funding to produce vehicles that were supposed to be clean. We now know differently and we must learn the lessons".