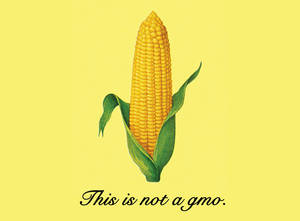 A lot of thought usually goes into choosing a name for new products, especially when it comes to breeding methods and seeds.  For example, in the 1990's, when the big chemical companies decided to sell their new seeds that had been  genetically modified using transgenesis (what we now know as GMOs), they were very proud to explain how they were modifying the plant’s DNA and making cross-species rearrangements. But the reaction from EU citizens was overwhelmingly negative, at least for the use of such GM plants in fields and in their food. This is why, when these companies came up with new, cheaper techniques for editing DNA or intervening in gene regulation, they were very careful about what they were going to call it. "New breeding techniques" evokes both a very natural, conventional method and innovation. "Precision breeding" is an even better choice of words as it suggests a link with "precision farming", which refers to a very trendy group of agricultural techniques such as the use of GPS for applying fertilisers. This is why some Green MEPs refuse to use these words and prefer to talk about "new biotechnologies" or "pesticide-plants", which better reflects the reality of these plants’ characteristics.

Another lesson learned from the 1990's: the seed companies decided not to dwell too much on the techniques themselves, but started to advocate that only the result was important. So if you can't easily see the difference between this genetically modified rape seed and a regular one, then there is no harm possible, no need to assess its impact on the environment and health, or to label it?  Citizens don’t need to know, right?

Except, as several independent experts have already clearly stated,  the products of all these new techniques are, like transgenesis, legally-speaking GMOs; because in defining a GMO, it is the technique that counts and not the result. This is the bottom line of the so called GMO directive[1] that was thoroughly discussed and agreed upon by both the European Parliament and the Council in 2001. And yet, this way of classifying GMOs is being challenged not only by the companies that want to use these techniques[2], but also by several Member states. The EU Commission, which is due to produce a legal interpretation in the second quarter of 2016, last year declared that “some will be pleased, others disappointed”. This indicates that they might define some of these techniques as GMOs and others not, probably following the “only the end product is important” approach. But if they do make that choice, they will not only be flouting existing laws on GMOs, but will also be disregarding high risks to public health, the environment, and our agriculture system.

These techniques are used to make herbicide-tolerant plants and pesticide-producing plants, resulting in the same negative impacts on the environment, and thus on people, as "regular" GMOs. The ease of use of these techniques allows them to be used several times on the same plant, thus multiplying the risks of unintended effects on the DNA or its expression. Plus, not defining these techniques as GMOs would mean no labelling. Citizens would be unable to choose not to buy the products containing these modified materials, and farmers would be unable to choose not to use them in their fields; this is because no regulation obliges the seed industry to display information on the techniques used to produce the seeds. A lack of information that would be especially problematic considering that all of these techniques allow patenting of the seeds produced. This means patented material will be sowed and reproduced in fields, and spread in the environment without anybody being aware of it. This paves the way to court cases against farmers and conventional seed breeders and is a further sneaky step towards privatising nature.

Given the far-reaching consequences, the EU Parliament must as a matter of urgency be involved in this issue.  As elected representatives of EU citizens, the Greens/EFA MEPs think it is their responsibility to initiate a wider debate. This is why MEPs Maria Heubuch, Bart Staes and José Bové will host a public event on 2 March in the European Parliament in Brussels titled "'New Breeding techniques': Hidden GMOs?".

[2] For more details about the heavy lobbying on this issue, see this article by Corporate Europe Observatory