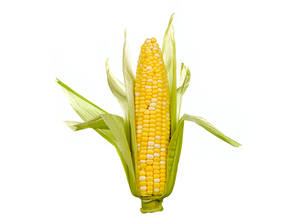 Prof. Gilles-Eric Séralini is a controversial figure in the scientific world. Some of his peers criticise his sense of drama, the fact that he keeps his discoveries secret until their publication, and most of all, his fierce attacks aimed at the small world of the official scientific research on genetically modified organism (GMOs).

His work has been repeatedly dismissed as “junk science” over the last few years. Nevertheless, his article on the effects of GMOs on rats that had been published and then retracted by one journal[1] has been republished. Furthermore, Séralini has won every single libel trial he was involved in since the publication of this study, with one of his opponents even being prosecuted for forgery and defamation (2). It's also true that all the criticisms levelled at his work apply in turn to the biotech industry's own GMO studies. Except that Séralini, as all good scientists should, always publishes all the raw data used in his studies, allowing peer review, while the industry hides theirs on the grounds of "commercial secrecy".

On 26 January 2016, Séralini published a new article(3), exploring the case of the German dairy-farmer Gottfried Glöckner who in 1997 decided to grow the first GMO ever authorised in the EU on his farm: Novartis' Maize BT176. This multiple prize-winning farmer used to be renowned for the quality of his milk and dairy herd, as well as for his high yields. From 1997 onward, Glöckner introduced increasing amounts of GM maize in the feed of his 70 cows, until it was at 40% of the feed ration. The rate of herd sicknesses and deaths skyrocketed in the five years of this “experiment”, there were also extraordinary trans-generational problems with the cows' mammary glands. None of the six vets involved in the experiment found any virus or bacteria that could explain these anomalies. Despite all this,  Glöckner lost the case he brought against the industry, as local veterinary office's experts explained these effects were due to his "poor skills in farming", this judgement coming in complete contradiction with all the awards he had won before. Fortunately, he kept all the data concerning the feed rations, quality of milk, blood and urine tests and general health of the cows.

The direct link between the damage to Glöckner’s animals and the GM feed is difficult to replicate now, especially as this GM maize (BT176) was withdrawn from the market in 2002 in the EU. Nevertheless, there's high suspicion, especially given Séralini's revelations that the original and officially accepted tests carried out by Novartis to authorise this GMO , featured a sample size of only four cows, lasted four weeks and that during this time, one of the cows died.

Although science can never prove anything absolutley, one thing, one thing this study proves beyond a shadow of a doubt, is that the official risk assessment, which has remained largely unchanged since then, is insufficient, and Séralini is not the only scientist pointing to this fact.

So, how are European authorities reacting to this? In one word: Poorly. Instead of financing transparent and independent risk research, 425 million €, representing 67% of European research money earmarked for the agriculture and food sector goes to - sad but true - application of biotechnology, but not to its safety assessment. This was one of the main findings of the study “Research for Transition” published by the Greens/EFA last year. Only 20 million € are spent on the evaluation of risks connected with this technology.

Two years ago, (following Séralini's previous study) the EU brought in compulsory three-month feeding studies on rats. But the EU-funded project for GMO Risk Assessment and Communication of Evidence (GRACE), concluded these were "not useful", amid accusations that two third of GRACE's scientists partners had links with the GMO industry. Apparently, the EU Commission "forgot" to ask them to disclose those links. As it was, there was evidence of the disgraceful influence of the biotech-industry on the design of GRACE, thus compromising this first, publicly-funded, long term study's neutrality and impartiality. For example, it appears that when carrying out feeding tests, uncomfortable indications pointing to damages on kidneys, liver and pancreas were disregarded.

The current EU-financed research on the risks of GMOs is an insult to European citizens in two regards: They do not only have to bear the ecological and health costs of a technology which is not undergoing adequate safety-testing, but they are also asked to finance with their tax money research projects that are heavily steered by industry.

If GM feed is harmless, why does industry refuse to carry out long term feeding trials? And if the industry studies on GM safety, which are rubberstamped by EFSA, are beyond reproach, why not publish the raw data so as to allow - at least - peer review? Surely only this would be "sound science"?  Why is the industry allowed to test its own products in the first place, given it has a overwhelming commercial interest in having clean results showing no glitches and being able to sell them? And when an independent scientist publishes an article suggesting that the modified BT toxin produced by GM BT maize might cause mammary glands to literally explode, why don’t the EU Commission, "guardian of the treaty" and of the precautionary principle, feel more obligation to look into the matter? Maybe because the pressure coming from elsewhere is more significant?

Like the deplorable situation on endocrine disruptors, the Greens/EFA would like the EU institutions to remember that protecting the health of EU citizens, the environment and animal welfare are fundamental EU principles. So we call on the European Commission to act for the good of the public rather than giving in to fear of corporate wealth and power. The evaluation process of GMOs (as well as the authorisation decision process) in the EU must be reviewed and strengthened. Mr Juncker himself even made some promises on this issue during his first speech to the plenary of the European Parliament.