The reform of EU Electoral Law

Josep-Maria Terricabras, President of the EFA Group in the European Parliament has welcomed the debate taking place on reform of the European electoral law. 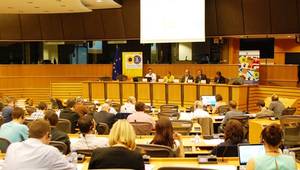 The European Parliament is due to consider proposals in the coming months to harmonise electoral law for the European elections across the 28 member states.

The proposals have been put forward to 'strengthen the European dimension of European elections.'

But what are the proposals and what would they mean in practice for people across the EU?

Those were the questions debated at a special conference organised by the EFA Group in the European Parliament this week, and hosted by MEPs Josep-Maria Terricabras, Jill Evans and Jordi Sebastià. 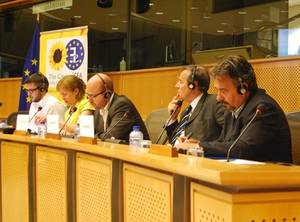 Josep-Maria Terricabras who is also Greens/EFA shadow rapporteur on the reform of European electoral law said:

"I welcome this debate on reforming European electoral law which needs to be as open and wide-ranging as possible.

"We need to take an honest and objective look at all of the proposals being put forward and consider their effect on European democracy.

"We must ask ourselves how we can reform EU electoral law in a way that will truly strengthen the democratic legitimacy of the EU.

"Some of the proposals include formalising the 'Spitzenkandidat' process, introducing new thresholds and 'national' electoral lists. There is also discussion about a common voting age and ensuring gender balance.

"This has been a useful starting point to the essential debate that needs to take place in order to strengthen European democracy."

Negotiations must be conducted in good faith

The European Union must evolve

EU governments must wake up