Total ban on the use of neonicotinoid insecticides needed

Open letter to Commissioner Borg on Bees and neonicotinoids 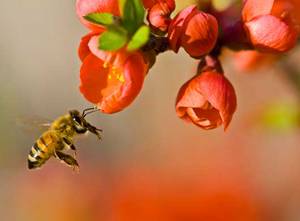 On 16th January 2013, the European Food Safety Authority (EFSA) published three reports on the toxicity risk to bees of the neonicotinoid insecticides imidacloprid, thiamethoxam and clothianidin. The Authority's conclusions are clear: neonicotinoids pose a high risk to bees, either by the presence of these insecticides in nectar and pollen, by the dust produced when sowing coated seeds or by toxic exudates produced by treated plants.

EFSA’s report was followed by a report on 23 January from the European Environment Agency on precautionary principle[1], in which imidacloprid is said to “particularly fit to the precautionary principle”. The report explains the failures of the European and national risk assessment and monitoring systems that have permitted neonicotinoids to harm bees for a long period (almost two decades).

The conclusions of these scientific studies confirm what beekeepers and environmental organisations have claimed for 19 years: ever since the 1990s, when neonicotinoids entered the market, they bore a huge responsibility for the decline of honeybees.

One reason the European Commission has not applied the precautionary principle is the putative economical cost that a ban on neonicotinoids would represent. Italy banned neonicotinoids seed-coating on maize in 2008. However, an Italian scientific survey carried out in the Apenet project[2] was able to prove that yield losses were nil and that there was no increase in economic damage due to pests. In the meantime, Italian beekeepers reported a decrease in yearly honeybee colony losses from 50% to around 15%. Furthermore, in the ENVI Committee on 24 January, DG SanCo director Eric Poudelet indicated that the information received from France was similar, following the French ban on Gaucho in 1999.

Evidence has therefore been piling up to indicate that neonicotinoids present a high risk to bees. Honeybees have enormous economic value: €15 billion per year[3] through their role as crop pollinators. However, honeybees also have other values, as they have a vital role to play as pollinators of wild flowers and through this, also have a highly beneficial effect on biodiversity. They also have an important cultural value: they have come to symbolise, among other things, the state of the environment and its fragility. As politicians, we have a responsibility to protect them.

Pesticide Regulation 1107/2009 states that no pesticide can be authorized if it has a harmful effect on bees (Art. 4 (2b)). The aim of this regulation is to ensure a high level of protection of the environment (Art. 1(3)) and the basis of this regulation is the application of the precautionary principle (Art. 1(4)). Nevertheless, today, neonicotinoids are still authorised and you have, until now, excluded a ban on these specific products.

On 21 January a petition from a wide range of beekeepers' associations, calling for the full ban of neonicotinoid pesticides, was heard in the Petitions Committee. Furthermore, over 2 million citizens have signed the Avaaz petition[4] in support of this same demand.

Banning the use of neonicotinoid pesticides on only honeybee-attractive crops would be a good step forward but would certainly not solve the problem of the loss of pollinators.  As stated in the EFSA report on imidacloprid:

'Exposure via soil or plant materials used for nesting materials might be a potential route of contact exposure for some bumble bee or solitary bee species'.

We are aware that the Commission will present a discussion paper to Member State experts at a meeting of the standing committee on pesticides. The aim is to exchange views on the range of policy options available, in light of the European Food Safety Authority's (EFSA) report findings published on 16 January, which assessed the effect of three pesticides, belonging to the neonicotinoid family, on bee health.

We thus insist that you, Commissioner Borg, fully apply the precautionary principle and totally ban the use of neonicotnoids insecticides in the European Union, to make sure that none of the bee species is any longer affected by the use of imidacloprid, thiamethoxam and clothianidin.

This letter was signed by over 80 MEPS from 6 political groups in one day before being sent.

Alternatives to herbicide in weed management

The health scandal behind the use of pesticides in agriculture