Conflict of interest of the Czech Prime Minister Andrej Babiš

Today, on the request of the Greens/EFA Group, MEPs will debate the conflict of interest of the Czech Prime Minister Andrej Babiš, in the presence of the Commission and Council. The vote on the accompanying resolution will take place next plenary session in the beginning of June.

"European citizens must not bear any of the financial burden for the conflict of interest surrounding Prime Minister Babiš; Agrofert needs to return all the money that they received unlawfully. Failure of the Czech government to recover the money from Agrofert could amount to illegal state aid and the Commission should ensure that this is not the case. Babiš must demonstrate that he is no longer in conflict of interest, either by cutting ties to Agrofert or by ensuring that he can have no economic interest that might arise from his role as head of the Czech government.

"The Prime Minister’s conflict of interest is not only fuelling an oligarchic structure, it is also damaging the purpose of the European agricultural policy, concentrating the market and hurting small farmers, consumers and the climate. It is unacceptable that Babiš, while being the beneficial owner of Agrofert Group, took part in the negotiations on the CAP and fought against the capping of subsidies and environmental protection.”

"Now that this conflict of interest has been established by the Commission, the Council needs to ensure that any funds currently being negotiated as part of the MFF and Next Generation EU are agreed free from any undue influence that might arise from this conflict. The Czech Prime Minister must not be allowed to negotiate funds that he could benefit from personally.

"We cannot allow blurred lines between corporate power and public office to have consequences for upholding democratic values. The Czech Prime Minister Andrej Babiš is one of the most powerful men in Czechia with ownership over one of its biggest companies, this is similar to what we usually call state capture for other countries. Meanwhile, he has a seat at the top of the government and a seat at the negotiating table in Brussels. This should not be accepted: The European Commission and Council must ensure that this conflict of interest can in no way affect European democratic standards, nor come at the expense of Czech and European voters and taxpayers. We cannot talk about good governance, if we allow such a system in one of our Member States."

More:
You can follow the debate live from 11:00 here.
The European Commission has clearly shown that the Prime Minister Babiš has breached conflict of interest rules over his control of trust funds linked to his Agrofert group of companies. All EU subsidies, as well as any funds that were awarded from the Czech national budget to his company Agrofert since February 2017, when a local conflict of interest law came into force, are irregular and should be returned. The Greens/EFA Group were the first to call on the Commission to investigate this conflict back in September 2018. 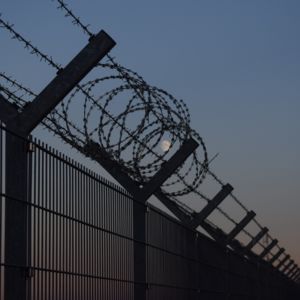