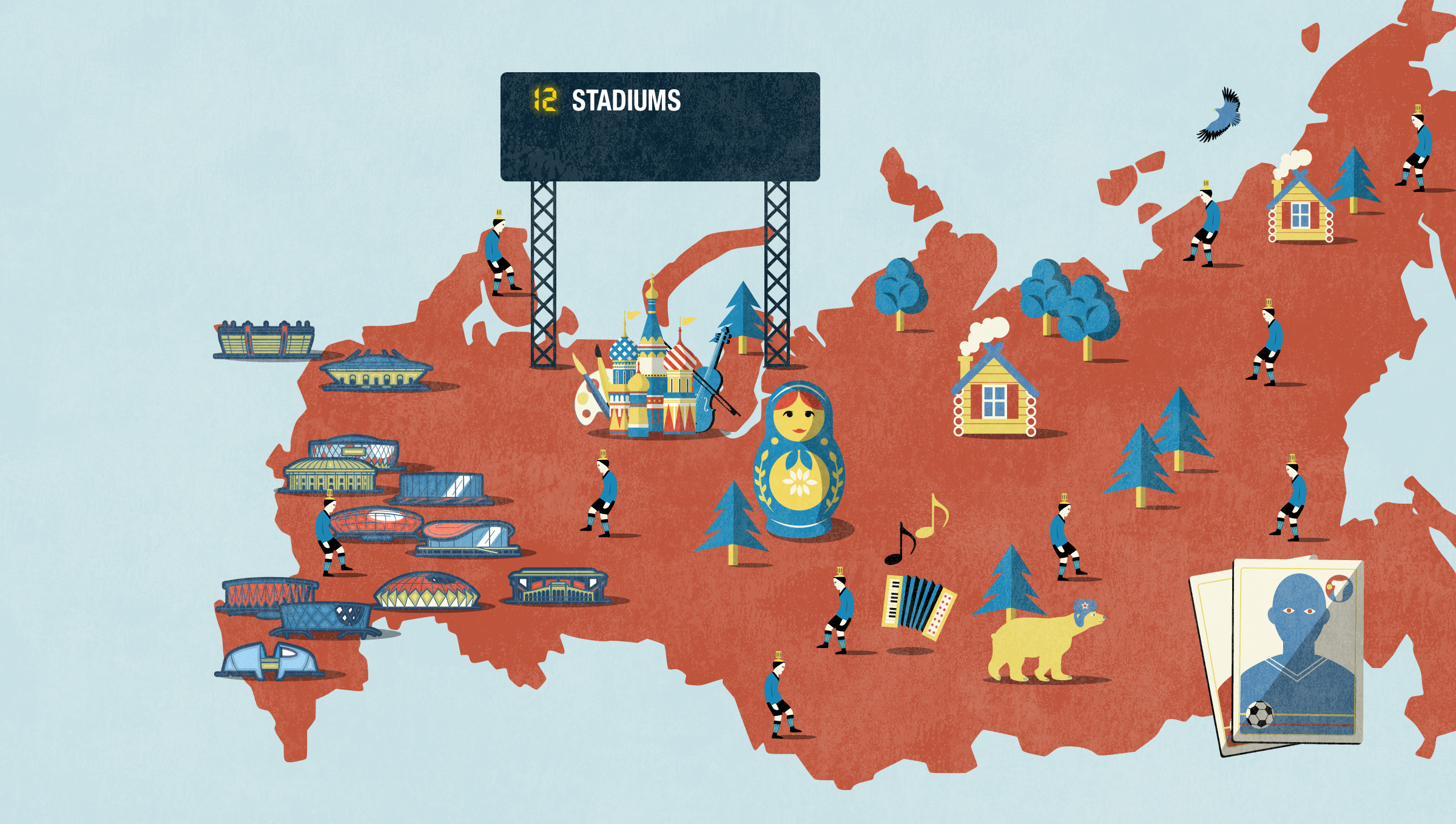 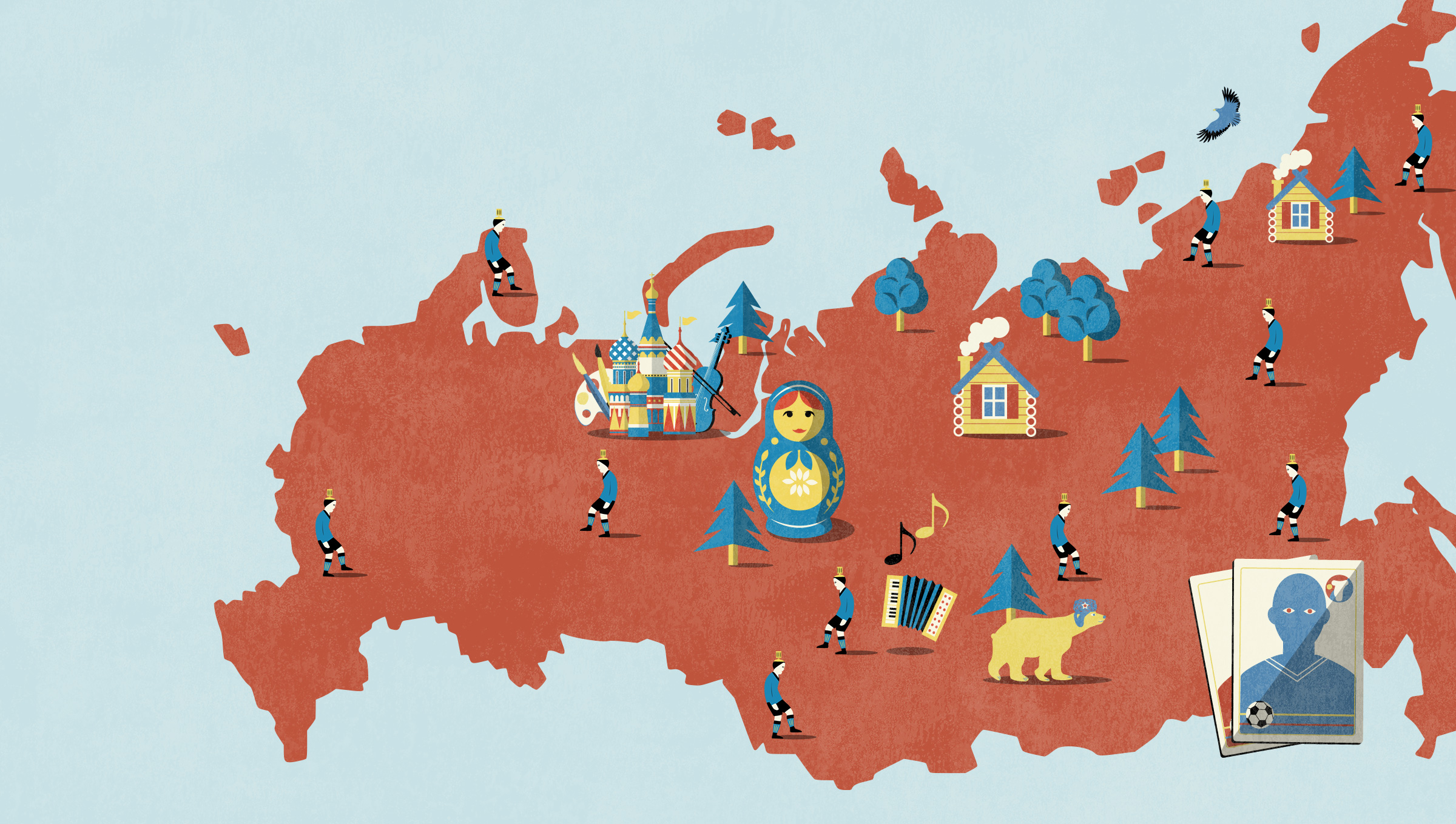 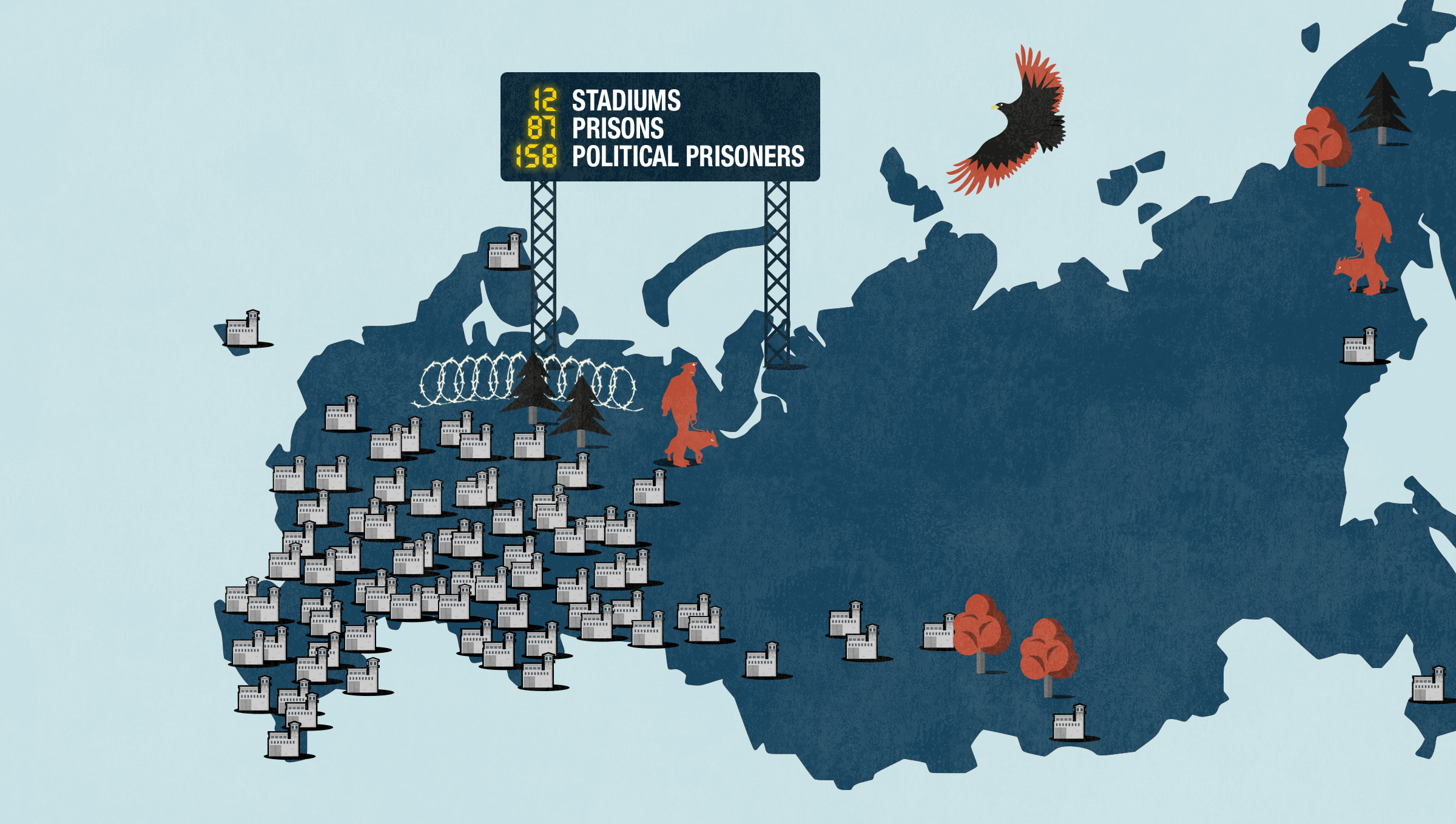 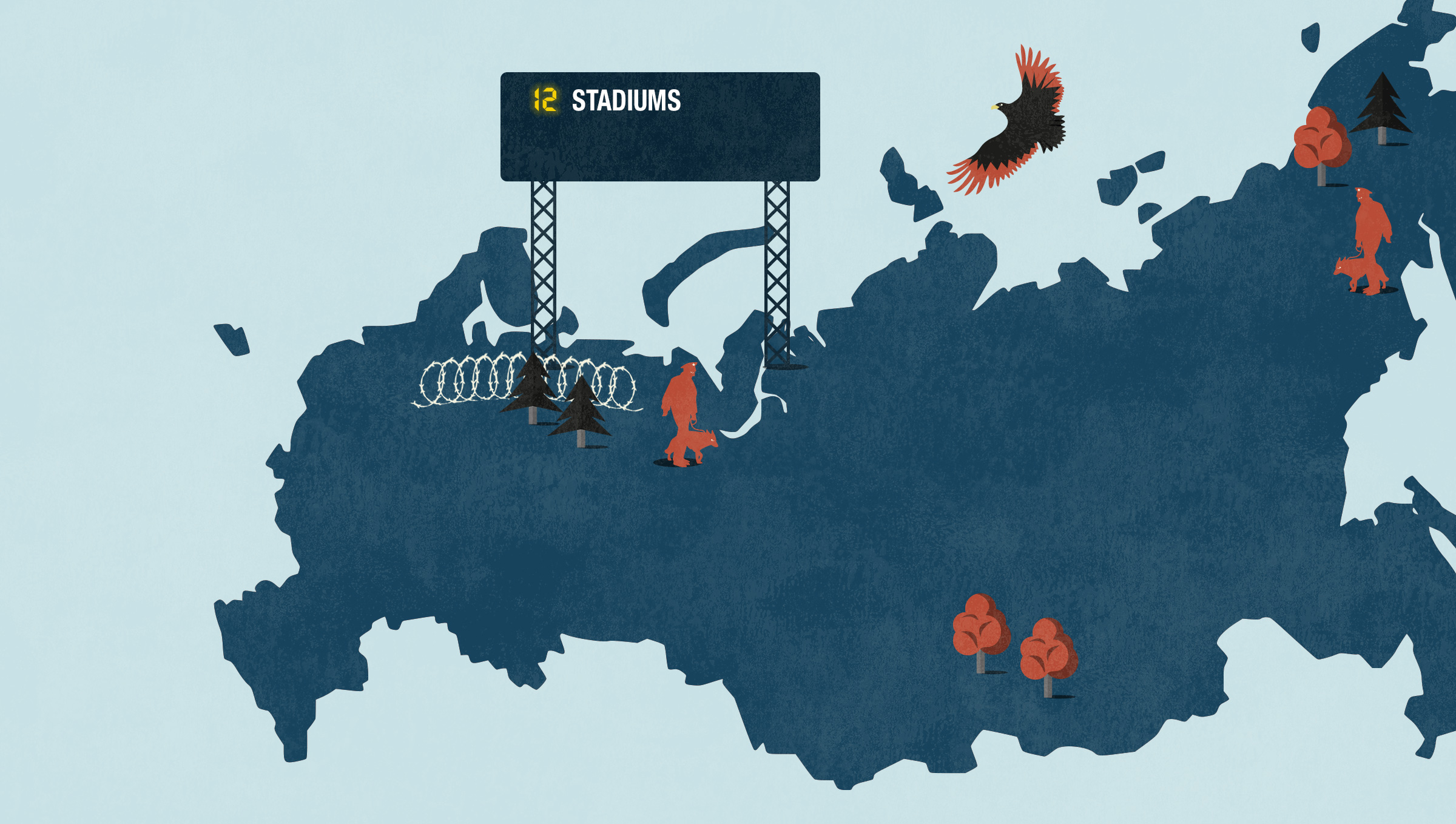 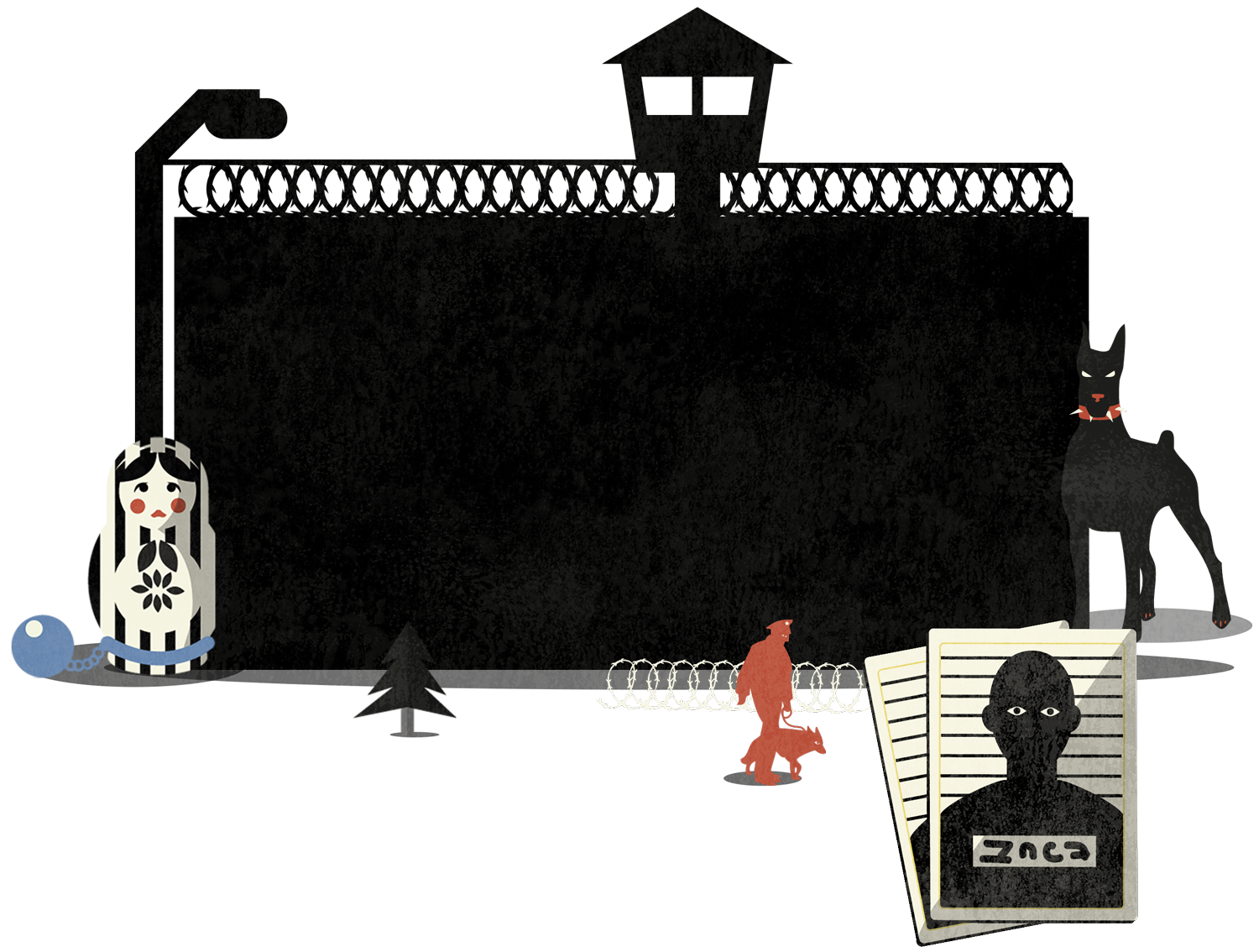 FIFA cannot stay silent. While Russian stadiums will be filled with football fans, more than 150 political prisoners fill prisons all over Russia. FIFA must call for their release and fight for the freedom of all those unjustly imprisoned.

For football fans everywhere, we call on FIFA, its leadership, and its member organisations not to be spoilsports; engage with the Russian authorities in a dialogue on the situation of political prisoners and human rights in Russia. Do what is right for the game, and for fair play. Fight for the forgotten! 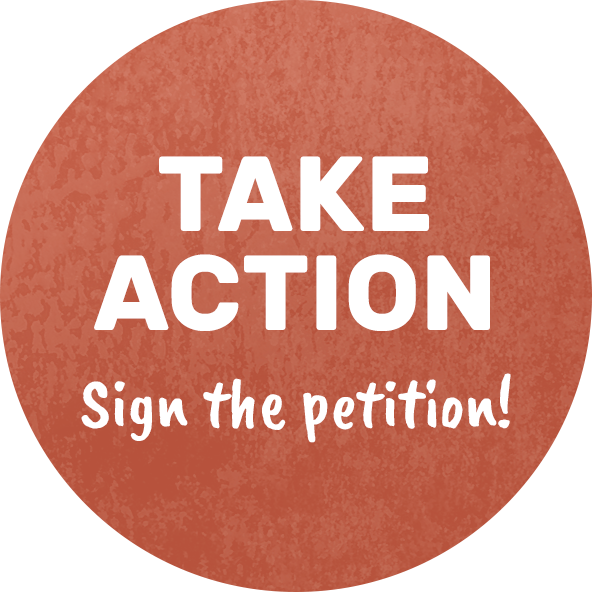 While Russian stadiums will be filled with football fans, more than 150 political prisoners fill prisons all over Russia. FIFA cannot stay silent. We urge the FIFA leadership to engage personally with President Putin and Russian officials to raise this topic and make sure that the fate of these prisoners is not ignored or forgotten.

Similarly with Qatar, FIFA must take on its responsibility, use its leverage and proactively engage with authorities in future tournaments to assure fans that host countries respect human rights and behave peacefully towards their neighbours.

Football is about playing fair. There is no greater way to play fair than by respecting human rights. Yet, choosing Russia and Qatar as championship hosts - countries who don’t play fair - shows that FIFA is disregarding human rights and even its own internal rules.

FIFA pledges in its own Human Rights Policy to “go beyond its responsibility to respect human rights”. One point of this policy states that “where the freedoms of human rights defenders and media representatives are at risk, FIFA will take adequate measures for their protection, including by using its leverage with the relevant authorities”.

The human rights situation in Russia, this year´s host country of the FIFA World Cup, is extremely critical:

While Russian stadiums will be filled with football fans, more than 150 political prisoners fill prisons all over Russia; among them well-known Memorial human rights defender Oyub Titiev, Ukrainian film director Oleg Sentsov (who is on hunger strike) and more than 60 Ukrainians, including Crimean Tatars, illegally detained on unsubstantiated and politically motivated charges. FIFA cannot stay silent.

Political opposition and critical media and journalists are in constant danger in Russia. The arrests and crack down on peaceful protesters, the prosecution of ordinary people for their comments on social media, the persecution and even pogroms against LGBT people, show that Russian citizens’ fundamental rights like freedom of speech, freedom of expression and freedom of assembly are under daily assault. While newspapers will feature the joy of the matches, critical journalism will be suppressed. There is no real media freedom in Russia. This is neither fair play nor democratic. FIFA needs to call it out.

FIFA’s presence must not deflect attention from scandalous human rights violations in Russia, and the FIFA World Cup should not be used by the Kremlin and President Putin to whitewash the Russian regime's devastating human rights record. 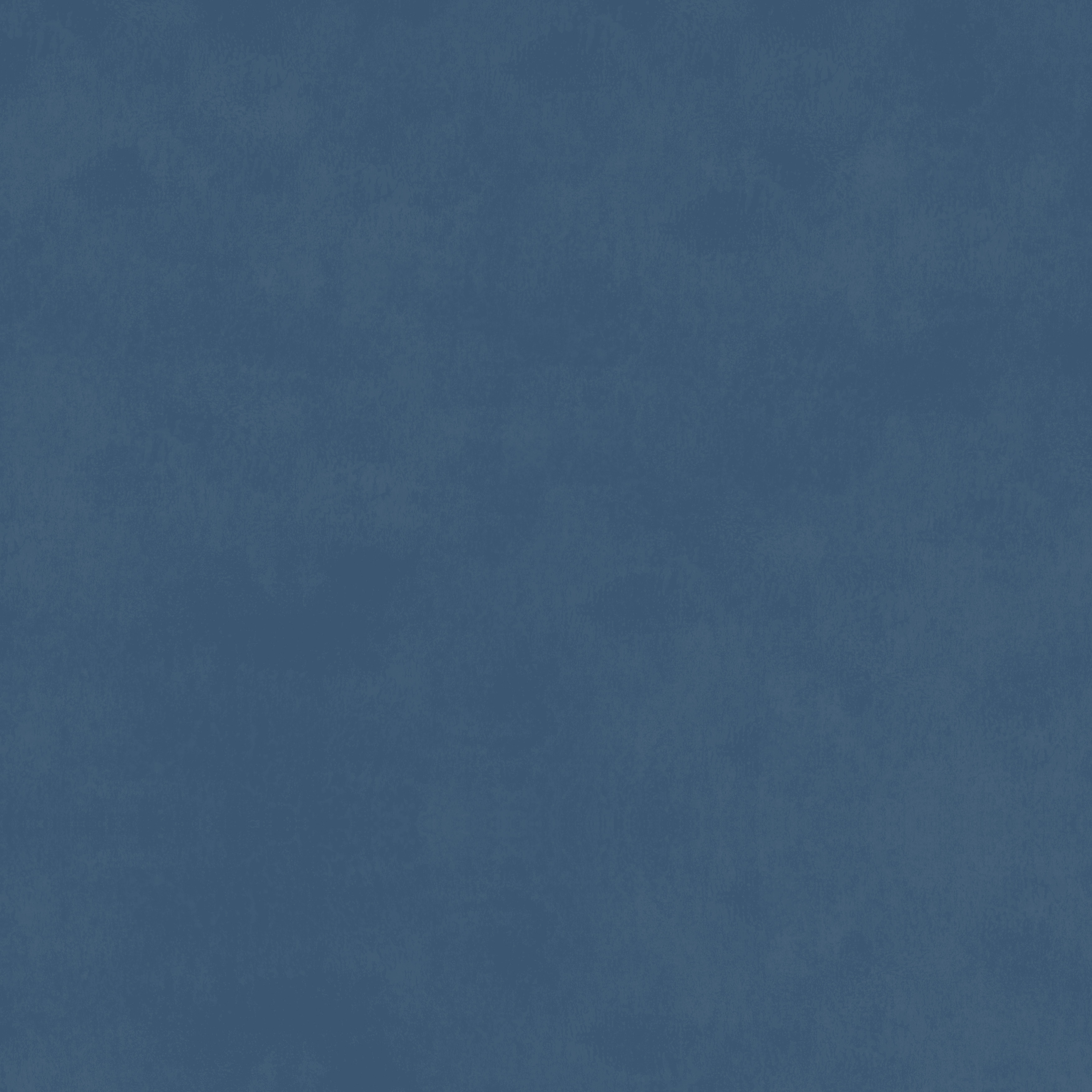