EU health commissioner Andriukaitas this evening confirmed that the European Commission would be granting a temporary 'technical extension' of the EU approval of the herbicide glyphosate, despite the proposal having failed to secure the support of the necessary qualified majority of EU governments again last week (1). Commenting on the decision, Green environment and food safety spokesperson Bart Staes stated:

"This decision by the Commission to extend the approval of glyphosate in spite of last week's vote shows a disdain for the opposition by the public and EU governments to this controversial toxic herbicide. As perhaps the first EU decision after the UK referendum, it shows the Commission is failing to learn the clear lesson that the EU needs to finally start listening to its citizens again. This temporary extension must be the beginning of the end for glyphosate; we would now urge EU governments and regions to exercise their rights to impose significant restrictions on its use, so we can begin the process of phasing-out glyphosate (2).

"There are clear concerns about the health risks with glyphosate, both as regards it being a carcinogen and an endocrine disruptor. Moreover, glyphosate's devastating impact on biodiversity should have already led to its ban. The process of phasing-out glyphosate and other toxic herbicides and pesticides from agriculture must begin now, and this means reorienting the EU's Common Agricultural Policy towards a more sustainable agricultural model and a Common Food Policy.”

(1) With the current approval of glyphosate set to expire at the end of June and insufficient support from EU governments for re-approval, a European Commission proposal for a 'technical extension' of the current approval until after the European Chemicals Agency delivers its opinion on glyphosate (12-18 months) was today formally adopted by the Commission. The Commission's decision came in spite of the failure to secure a qualified majority among EU governments again last week at an appeal committee under the EU’s comitology process.

(2) Under the legislation, EU member states are entitled to impose restrictions and the French government and a number of municipal authorities have already indicated they will do so. A meeting of Standing Committee on Plants, Animals, Food and Feed (PAFF Committee), which is the body tasked with taking EU regulatory decisions on pesticides, is today also expected to approve a separate recommendation proposed by the European Commission detailing restrictions on how glyphosate is used. 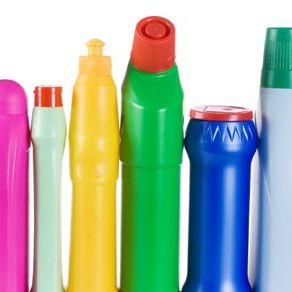