After thirty years of the Common Fisheries Policy (CFP), fisheries in the EU are in crisis, with depleted stocks, the industry lurching from crisis to disaster and back, and the continued long-term decline of coastal communities. These trends were evident before the CFP was created in 1982 but the Policy has notably failed to redress the situation.

Today, the Commission has unveiled its proposals to reform the CFP. They include some good elements but also some dangerous ones.

The objectives of the CFP

A good, effective policy needs clear, coherent, concise objectives. No policy can be successful if what it is supposed to achieve is not clear and understood by those who are to implement it. However, the CFP has never had that luxury.

The formal objective is to provide "sustainable economic, environmental and social conditions".  To that are added a variety of other objectives, including the precautionary approach and such matters as the interests of consumers and the standard of living of those in the sector. Yet there is no prioritization among these sometimes contradictory aims.

It is claimed that the Treaties do not allow a prioritization among environmental, economic and social sustainability. What such a legalistic argument ignores is that without abundant fish stocks, there can be no fishing industry and no fishing communities. Nonetheless, Ministers have consistently chosen to prioritize short term economic objectives over the conservation of resources. The failure of the CFP to conserve either fish or jobs is thus no surprise.

The Commission's proposal does not resolve this problem, in fact it adds more objectives, making it even more confusing.

The Greens believe that the revised CFP must specifically set environmental sustainability, based on the precautionary approach and an ecosystem approach, as a fundamental prerequisite for economic and social sustainability.

How much fish can be safely caught?

Ministers have routinely ignored scientific advice and set fishing quotas higher than the fish stocks could sustain, in the name of protecting jobs. The result of this approach has been depleted fish stocks and an industry struggling to survive. In recent years some progress has been made in curbing this habit by the use of management plans. For certain fish stocks, these plans establish the quotas directly, based on the status of the stock. Ministers have tended to respect these plans and consequently, some of those stocks are recovering.

The Commission is seeking to strengthen these plans in a number of ways and that must be welcomed. Fisheries management is an inexact science, full of uncertainties, and the proposal recognizes that. The plans are to allow stocks to recover to levels above those capable of producing "maximum sustainable yield" (MSY), while taking into account all of the uncertainties (unreliable catch data, limited biological information, etc.), which is an important step in the right direction. Unfortunately, the proposal sets no deadline for adopting management plans.

The Greens want to be more concise and more ambitious in setting targets. Fish stocks should be maintained at levels sufficiently above those capable of producing MSY (Maximum Sustainable Yield) so that they can fulfil their role in the marine ecosystem as predators or prey, while capable of supporting higher catches and so that fisheries can be profitable without continued subsidies. Plans should be adopted to that end for all regulated species by 2015.

The current situation, where vast quantities of fish and other species (birds, turtles, marine mammals, etc) are caught and thrown away, dead, is a scandal and people are quite rightly angry about it. The reason that so much is thrown away is that fishermen have been less interested in improving the selectivity of their fishing than in increasing the amount they catch.

The Commission is proposing to ban the discarding of certain (but not all) commercially exploited fish species. The fishermen will have to bring them back to shore. The fish will still be dead, so the reason for the partial discard ban is to encourage the fishermen to avoid catching them in the first place, since bringing them ashore will have an economic impact. Unfortunately, the proposal does not establish a specific link between the partial discard ban and improvements in fishing techniques to improve selectivity.

Who should have the right to fish?

This is one of the most important questions in fisheries.

The Commission is proposing to allow the market to determine who can fish, by obliging the Member States to set up a system of fishing rights (such as quotas) that can be traded or sold, which could even lead to financial speculation on quotas. Experience shows that such a system all too often leads to concentration of the right to fish in the hands of those with the deepest pockets, since they can afford to pay the highest prices.

If fishing permits are granted based on historical participation in the fishery, with those who have had larger catches receiving the largest share of the quota, this will simply allow those who have been responsible for over-fishing in the past to continue fishing in the future.

This is doubtless the most controversial part of the Commission's proposal.

But fish stocks are not commodities, they are natural, renewable common/public resources and the right to exploit them should be conditional upon fishing in an environmentally and socially responsible manner. Those involved in fishing activities should be required to demonstrate that their activities do not damage the marine environment and that they make significant contributions to coastal fishing communities. Member States should use such criteria when they allocate the right to fish, a possibility which exists in the proposal.

That the EU's fishing fleets are too large and powerful for the fish that are available to be caught is not much disputed, even if most fishermen think that it is the fleets of other fishermen that should be reduced. Much of the excess fishing capacity is due to generous subsidies over a period of decades. It is the most serious problem that the CFP must deal with for it leads to irresistible political pressure to set quotas too high and therefore unsustainable and/or illegal fishing.

Twenty years of programmes aiming to reduce this capacity have largely failed. The Commission, in its proposal, is abandoning its earlier approach of attempting to regulate the fishing fleets by requiring reductions in fleet size. Rather, it makes the simple assumption that market forces, via the tradable fishing rights, will accomplish the necessary reductions of the fleets. The market is supposed to reduce them to the appropriate size, but nothing is provided to ensure that only the appropriate types of fishing vessels remain.

Instead, fleet reductions need to be planned and regulated, in accordance with analyses on what resources can be sustainably be caught, with the first steps being the elimination of the most environmentally destructive fishing vessels and gears.

Regionalisation of the CFP

One of the major goals of the reform has always been to establish a policy that is less centralised, less dependent on detailed decisions taken in Brussels, so as to allow more opportunity for local and regional involvement in fisheries management. Such a shift in decision-making would need extremely clear language on who is responsible for what - the Council and the Parliament, the member states, or more local bodies The Commission's proposal as written does not provide such clarity.

The external dimension of the CFP

The EU fleets operate worldwide with 28% of the fish caught by European fishing boats taken outside EU waters (20% in international waters, and 8% under agreements with non-EU countries. The EU is also the world’s largest importer of fish products (over 60% of fish consumed in the EU). The EU has a special obligation to establish and respect high standards in the international arena.

The Commission has, for the first time, included minimal provisions in the basic regulation concerning the external dimension of the CFP. What is proposed is positive as far as it goes, specifying what the EU should be aiming for in its bilateral fisheries agreements - abundant fish stocks, promotion of good governance in other countries. However, it provides no means of ensuring that EU vessels operating in waters of countries with no EU bilateral agreement shall meet the same standards.

The CFP has been blamed for many problems, but it must be remembered that it results from a political compromise by Ministers. Full and proper implementation of the current CFP would have prevented much of the current crisis faced by both fish and the fishing sector. Member States have signally failed in the past to implement what they have agreed. This reform, and its implementation, will show whether they truly wish to have a sustainable fishery in Europe or whether they want to continue the downward spiral. 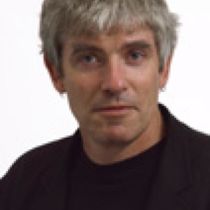