No to the European Single Tomato

Trust the Greens for good taste

Europe is losing its rich and diverse food culture. Perhaps we fail to see this amid the seemingly unlimited abundance of supermarket offers. But our taste doesn't lie, and we can still tell the difference between an organic sun-ripened tomato and one mass grown in a greenhouse. We say No! to the harmonized Single European Tomato!

Out of the 7,000 varieties of apples growing and consumed in Europe at the beginning of the last century, just 15% are left. Like a traffic light, the red "Starking", the yellow "Golden Delicious" and the green "Granny Smith" warn us that EU regulations on size, weight and appearance are leading us in the wrong direction.

The UN's Food and Agriculture Organisation estimates that 75% of the biological diversity found in agriculture in the last century has been lost in the past 50 years, since food production was increasingly industrialized. European seed marketing laws and agricultural research that is focussed on genetechnology has accelerated this process.

The Greens were successful in creating an EU regulation which will support NGOs, breeders, farmers and universities in conserving and making use of biological diversity in food production. Food culture movements like 'slow food' and European Chefs of Eurotoques are initiatives we strongly support as well. 'Protect biodiversity – eat it!' is one of our slogans and we endeavour to promote and support activities and cooperation between farmers, breeders and consumers throughout Europe. 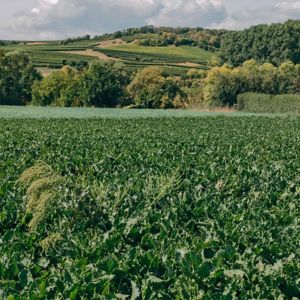