A film by Alain de Halleux

Invitation to a film screening, debate and reception

The 25th anniversary of the Chernobyl catastrophe raises anew the question of how to handle the consequences of the nuclear catastrophe over time, from generation to generation. The problem is not only technical, but has important social implications. The story of the supervisor of the Chernobyl sarcophagus, whose son and grandson will both take over his position, is only one among many stories to be told about the aftermath of the nuclear meltdown.

The documentary is the most recent work of Belgian film-maker Alain de Halleux. After having studied nuclear chemistry and film, Alain has been awarded for photographical works in Afghanistan and films for enterprises. A few years ago he has returned to the nuclear issue as a film-maker. Screenings of his documentary RAS nucléaire have turned into profound and vivid debates between nuclear workers, employees of nuclear companies and anti-nuclear activists trespassing ideological frontiers.

The chain of events in Fukushima underlines that the questions raised in Alain's film are not limited to the Chernobyl accident. Whether we chose to continue or abstain from using nuclear energy, we will need a strategy to handle the risks of radiation for many centuries to come.

I am looking forward to meeting you at the screening - and during the following debate and rception with the participation of photographer Sasha Kupnyi, son of the supervisor of the Chernobyl sarcophagus.

Co-President of Greens/ EFA in the European Parliament 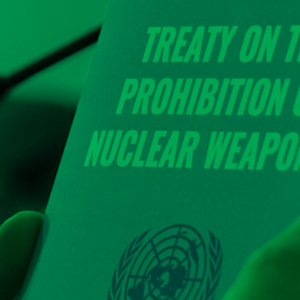