Longer lifetimes for products would benefit consumers and business

This report from Greens/EFA rapporteur Pascal Durand looks at “planned obsolescence” and related issues. Combatting the premature obsolescence of products is in the interests of consumers and workers and manufacturers. The report looks at product design, repairability, the employment potential, consumer information, legal guarantees and software obsolescence. Adopting this report would send a strong message to the Commission that the Parliament expects to see it support the development of more sustainable patterns of consumption.

The Greens have consistently called for greater tax transparency on large companies and welcomed the European Commission’s proposal from April 2016. Despite the opposition of many EU Member States, the Parliament has backed public and global disclosure of financial information. This would make it much harder for big businesses to hide dodgy tax deals. However, we have concerns that the ‘safeguard clause’ could create loopholes and allow companies to continue not to publish their data. We will support amendments to put a cap on the number of years the exemption can be applied for and to ensure data is published retroactively when exemptions expire. See press release on committee vote.

The Standing Committee on Plants, Animals, Food and Feed is expected to vote on new criteria defining hormone-disrupting chemicals used in pesticides. A decision had been expected on 30 May, but the vote was cancelled due to lack of support from several Member States. The Commission is expected to propose a set of criteria that would make it very difficult to identify endocrine disrupters, to avoid the removal of substances from the market, despite the known risks they pose.

“PIF” directive will help Union in the fight against fraud

Alongside the establishment of the European Public Prosecutor’s Office (EPPO), the directive on the protection of the financial interests of the EU (or "PIF Directive") is an important step forward in the fight against fraud. We fought hard to make sure that VAT and public procurement fraud remain in the scope of the directive and that imprisonment thresholds will be harmonized. While the EPPO will likely be set up through an enhanced cooperation of certain Member States, the PIF directive will be applicable across the EU.

The report forms the Parliament's response to the Commission's annual progress reports on candidate and potential candidate countries. This is the first time that a progress report has called for the suspension of negotiations with any country. The Greens/EFA position has been to freeze negotiations, rather than suspend them, so as to keep the door open should the Turkish government improve its human and fundamental rights record. However, the compromise agreed in this report means that the suspension is only called for “if the constitutional reform package is implemented unchanged”. Given the Turkish government is not expected to fully implement reforms until 2019, this leaves open time for progress. While the Greens/EFA group supports the general approach of the report, it will table a number of amendments. These include opposition to the opening of negotiations for an enhanced Customs Union and criticism of the EU/Turkey migration deal.

Following trilogue negotiations, MEPs will vote on the final deal on implementation of the Marrakesh Treaty in the EU. The treaty makes exceptions to some copyright rules for books and other materials in accessible formats for people who are blind or visually impaired (such as audiobooks, large print, and braille). While the treaty’s ratification process has been blocked in the Council since 2014, the opinion of the European Court of Justice (ECJ) in February 2017 confirmed the exclusive competence of the EU. The vote of the Parliament should renew the political impetus to accelerate the ratification process. A Council decision on the ratification of the Treaty by the Union should be presented under the Estonian Presidency in September.

Greens/EFA rapporteur Max Andersson will hold a press conference on Wednesday at 3pm alongside Wolfgang Angermann from the European Blind Union. 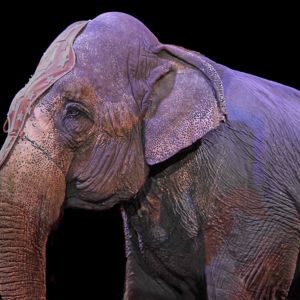