A discussion about men, masculinities and gender equality

What is the role of men in achieving equality and in eradicating gender-based violence in the EU?

Outdated norms in society force men into a very limiting masculine role. This has severe consequences, such as triggering violence and assault against women and gender diverse people.

To end gender-based violence, we must understand the root causes behind the systematic form of violence. Patriarchy, white supremacy, and other systems of power are intrinsically connected and cannot be addressed in isolation from one another.

In order to achieve gender justice, it is essential that we are all part of the solution; as actors, as allies and defenders of women’s rights and gender equality. At Greens/EFA, we advocate for a culture of masculinity that celebrates gender in their diversity, and actively dismantles obstacles in the way of equality and justice.

Join us for a discussion with outspoken feminist men, members of the European Parliament and experts from civil society organisations. 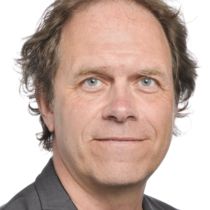