REPowerEU: An accelerated energy transition is key to EU independence from Russian energy, and doubling down on the EU's climate goals and reaping the socio-economic benefits of secure and affordable energy. Funding based on selling €20 billion emissions allowances is both totally inadequate and counterproductive to achieving that goal.

We welcome the fact that the Commission and Council recognise the importance of a rapid and robust initiative to achieve energy independence from Russia and accelerate the energy transition in the EU.

The Commission's proposed “REPowerEU Initiative” is timely and includes important new targets and obligations to address part of the geopolitical risk posed by dependence on fossil fuels and ensure its climate objectives are met.

We fully support windfall taxes as a necessary and positive move to ensure firms contribute profits far in excess of their planned investments to the common good. However, the amounts raised may vary considerably from one member state to another.

We regret that there is little new EU financing proposed to meet these objectives. The bulk of the €210 billion the Commission considers necessary will come from the existing Recovery and Resilience Fund and EU Structural and Investment Funds.

The €20 billion of new money proposed would come from selling extra ETS allowances - literally allowances for more emissions - which we consider highly counterproductive.

The Greens/EFA Group insists that, in times where even more pressure is being put on national finances and a recession looms, it is essential to do more heavy lifting at EU level with fresh funds adequate to meet the huge and deeply interlinked challenges of:

To meet these challenges, the Greens/EFA Group propose a € 1 trillion EU Energy Transition Facility: using the template of the Recovery & Resilience Facility funded by joint borrowing backed by an accelerated implementation of the own resources roadmap and with a clear focus on:

We believe the governance framework used for the RRF can be greatly improved upon to ensure its success.

Notably this should include a strong role for the European Parliament approval of spending plans, the effective participation of civil society, a percentage of funds being directly accessible by local authorities and rigorous enforcement of the “do no significant harm” principles and, of course, rule of law. 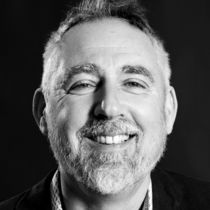