The European Parliament voted today (15 Feb) on the revision of the EU’s Emissions Trading System (EU ETS) for the period 2021-2030. Central to the deal reached in the Environment committee was the removal of cement and clinker from the list of industries receiving free allocations. However, following intensive lobbying, this progress was lost, as was the increase to the rate of annual reductions of the number of allowances. As a result, the Greens/EFA group voted against the proposal.

"It seems the lobbyists have won out in the end. This was the European Parliament’s first major test on implementing the Paris Agreement and they have failed miserably. By caving in to the demands of industry, and continuing to give cement and clinker a free ride, the Parliament has failed to adhere to the letter or the spirit of what was agreed in Paris."

"The ETS is the European Union’s landmark policy in the fight against climate change, but it still lacks ambition. Even after signing the historic agreement to fight climate change, it seems that too many in the European Parliament are not ready to keep their promises from Paris and deliver where it counts - real climate action." 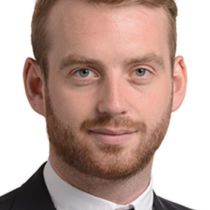