Webinar: Why Europe needs a directive on gender-based violence

Gender-based violence (GBV) is one of the most systematic and widespread human rights violations in the world, claiming thousands of lives every year.

Current lockdown measures have exacerbated the pre-existing problems by enabling an environment for coercive control. Cases of of gender-based physical, psychological and sexual violence have increased across Europe under COVID19, in what the United Nations has called a “shadow pandemic”.

Despite the alarming development, the European Union still does not have a directive obliging its members to put an end to this systematic form of violence. It’s time the EU moves from empty words to concrete actions.

Join MEPs Alice Bah Kuhnke and Terry Reintke for a discussion on the need for action, on Thursday the 18th of March at 16h (CET): https://www.instagram.com/terry_reintke 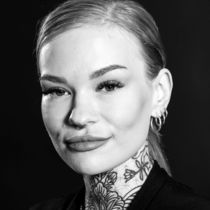