Fighting the EU's hypocrisy on GMOs

There is a major contradiction and a terrible hypocrisy at the heart of the EU’s policy on GMOs. This contradiction is largely invisible from EU citizens, as it does not affect the labelling of food, and does not lead to any mowing of GM fields by protesting activists. To discover it, you‘d have to take a dive into the story of the more than 70 GM crops which are allowed to enter the EU to feed our farm animals.

A soybean... and two dangerous herbicides

Let‘s take the example of a certain variety of soybean sold by the US-based multinational Dow AgroSciences. This soybean, poetically named “DAS68416-4”, has been genetically engineered to tolerate the use of two herbicides: glufosinate-ammonium and 2,4D.

These herbicides have, as all herbicides do, a negative effect on the environment and biodiversity. This is even more the case when they are used alongside varieties that have been rendered tolerant to them. Indeed it has been shown that, in the absence of risk to their own crop, farmers use higher quantities of these products. Not to mention the possible combined effects of glufosinate and 2,4 D on the environment.

Further, the herbicides in question are both suspected of having negative impacts on health. in an evaluation from 2005, the European Food Safety Authority highlighted that glufosinate shows reproductive toxicity, and the product is about to be phased out of EU fields as a consequence. 2,4 D has a metabolite (2,4-DCP) which may cause negative metabolic and genotoxic effects, and, like 2,4-D itself, is listed as “a possible carcinogen based on inadequate evidence in humans and limited evidence in experimental animals” by international agency IARC.

Are we poisoning the rest of the world to feed our farm animals?

In the light of this information, it is very clear that this soybean would never be allowed for cultivation in the EU - there would be an outcry from civil society and a majority of member states would refuse its cultivation within their territory (as is currently the case with maize Mon810). Yet soybean DAS68416-4 may well be allowed to enter the EU by imports, as were numerous toxic and environmentally damaging GM varieties before it.

Its use in food will be marginal, as EU citizens have proven their deep-rooted disgust for GMOs, but it will flood our cows‘, pigs’ and poultry mangers - whose produce (meat, eggs, milk) will not be labelled as GMOs-derived. The EU seems comfortable with the fact that other countries might destroy their own nature and poison their own farmers and rural population, to enable us to maintain our unsustainable animal production.

These last two years, the European Parliament has objected multiple times to these import authorisations, and will vote again tomorrow on soybean DAS68416-4. During a vote in June, only 8 Member States supported this authorisation. Alas, the undemocratic and opaque decision-making process (see our article on this topic) means that the decision is now in the hands of the EU Commission. We can only hope that the Commission will listen to both the European Parliament and to the majority of the Member States and take the only coherent decision possible: block this soybean from entering the EU. 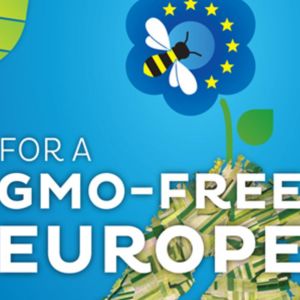 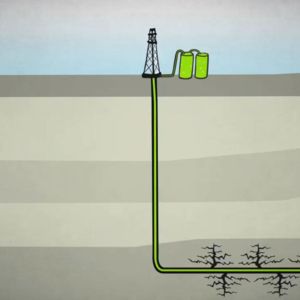