By failing to take up chronic toxicity in the harmonised assessment regime, the European Commission is contravening the objective of the Pesticides Regulation to ensure a high level of protection of animal health and the environment.

Bas Eickhout, Greens/EFA MEP and co-signatory to the objection comments:

"The Parliament's objection is sending a strong signal to the Commission not to bow to the pressure of Member States and the agro-chemical industry. The Parliament is demanding a new text that fully implements existing scientific guidelines. Bee populations are suffering everywhere largely due to the use of pesticides, with major consequences for our ecosystems and food supplies. It is long overdue that the EU fully implements the provisions of the pesticides legislation from 2009 and also protect bees against the chronic effects of pesticides.

"Bees come into contact with small quantities of a pesticide over a long period of time and this is where the real problem lies, that's why chronic toxicity needs to be fully included in the assessment of pesticides. It's clear that the proper implementation of the Bee Guidance would have significant consequences for pesticide manufacturers, which is why they're going to such lengths to maintain their toxic business model.

"This change of legislation has received relatively little attention so far because it has been discussed behind closed doors at the technical level. It's time for the European Commission to present a proper proposal at the political level so that Member States can be held accountable for this issue and then many EU countries might change their tune."

According to the Pesticides Regulation, active substances in pesticides shall not be approved if they have unacceptable acute or chronic effects on colony survival and development of honeybees. In 2013, EFSA adopted the corresponding Bee Guidance, a scientific manual that prescribes how the effects of a pesticide on bees should be tested. The results determine whether, and under what conditions, a pesticide can be placed on the European market. The lack of reference to chronic toxicity in the Commission proposal undermines the purpose of the Pesticides Regulation (1107/2009) to achieve a high level of protection of animal health and the environment. The objection was approved by 533 in favour, 67 against and 100 abstentions 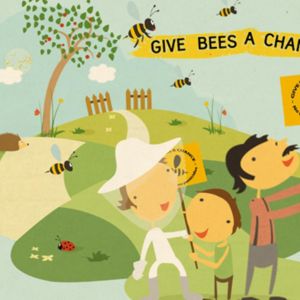