The European Parliament’s Legal Affairs committee has today (23 March) taken the next step towards ensuring access to published works for people who are blind or visually impaired. The committee backed two reports from Greens/EFA rapporteur Max Andersson on the implementation of the Marrakesh Treaty(1). This would make exceptions to copyright rules for books in accessible formats for people who are blind and visually impaired and would allow for the cross-border exchange of accessible format copies within Europe and with third countries. The treaty entered into force in September last year, but the EU has not yet ratified it.

"This is a welcome decision. The treaty must be implemented in a way that delivers on its original promise to make it easy for blind or visually impaired people from all around the world to get improved access to books in suitable formats. Strong lobbying from the publishing industry ahead of the vote sought to limit the copyright exceptions in a way that would have completely undermined the purpose of the treaty. Happily, MEPs stood up for the spirit of the agreement, and for the rights of the visually impaired. We hope that a final agreement can be reached by this summer so that the EU can join the rest of the countries that have already ratified the treaty, and that people within and outside of the EU can benefit from books in accessible formats."

(1) The full title of the treaty is the Marrakesh Treaty to Facilitate Access to Published Works for Persons Who Are Blind, Visually Impaired or Otherwise Print Disabled. The agreement will now be subject of trilogue negotiations between the European Parliament, the European Commission, and the European Council. The final deal will then go to a plenary vote. This is expected to take place before the 2017 summer break. The treaty was adopted in 2013 by the World Intellectual Property Organisation (WIPO). 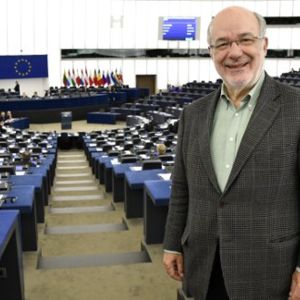