A citizens’ process to shape our future

After months of negotiations, an agreement was eventually found between the European Parliament, the European Commission and the Council to start the Conference on the Future of Europe.

We welcome this long-waited outcome and are now putting all our efforts in making the Conference a successful democratic process that delivers change and drives Europe closer to its citizens.

The Covid-19 crisis has shown us, probably more than ever, how much a democratic, strong and social European Union is needed and how much it needs fundamental reforms to be fully functioning. It has shown what being together as Europeans in a political community means, how vital this is. It has shown that European solidarity is not an abstract concept.

However, it has also demonstrated, at a very high cost, that the EU remains an unfinished project, that its slowness to organize solidarity, its national vetoes, its lack of competences in some fundamental areas are not theoretical debates, but very concrete realities that can save lives.

The surge in participation in the last European elections confirmed citizens’ expectations towards the Union and interest in being an active part of the process.

In this framework, the Conference on the Future of Europe is a unique opportunity for us to learn from the mistakes of the past and build a Union fit for the future and for its common challenges.

The joint declaration signed by the three institutions on March 10th leaves a lot of questions unanswered.

These points are not technical details; there are fundamental aspects of the project that will determine its success. 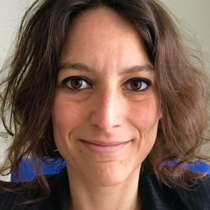 Greens EFA vision of the conference on the future of Europe