How Should the WTO´s Clout Be Used to Reduce Fisheries Subsidies?

The world's fisheries are in a state of crisis. Fishing fleets are too large, surveillance of fishing activities is poor, and fish stocks are over-fished. Huge quantities of fish are simply thrown away, and much of the fish taken in the waters of low-income, food-deficient countries finds its way onto the dinner plates of rich, northern consumers. Major reforms of international fishery management, making it more sensitive to the needs of developing countries and coastal communities everywhere, are desperately needed. It is into this delicate and controversial situation that the WTO has begun to insert itself.

EU and Other's Subsidies to the Fishing Industry

The European Union has a very long history of providing financial aid to its fishing industry. A wide variety of subsidies is available, including for vessel construction and modernization, vessel scrapping and port improvements. There is also a limited market intervention scheme. Altogether, these subsidies total on average about 750 million per year, of EU money (national contributions bring the total to between 1 and 1.5 billion). Other types of support include tax reductions for fuel, access to port facilities and reduced tariffs for imported fish, but no published data exist on the amounts involved.

Of these, the most controversial have doubtless been those geared towards the fleets themselves - in a situation of grossly excessive fishing capacity, the EU continues to place greater emphasis on funding the construction and modernization of vessels than on vessel removal (destruction or export). The network of agreements on fisheries has also been blamed for contributing to over-fishing in the waters of developing countries, resulting in local problems of food security and economic hardship, for these EU vessels benefit from subsidies not available to the local fleets.

In the EU's much-vaunted reform of the Common Fisheries Policy in December 2002, some of the more outrageous subsidies were constrained. Construction, modernization or export of vessels will no longer be supported after 2004; rather, emphasis is to be placed on reduction of fleet size.

On the assumption that it has now sufficiently cleaned up its own house, the EU is now proposing that the WTO agree to ban certain types of subsidies while allowing others to continue - not surprisingly, the list of forbidden and approved subsidies mirrors the decisions the EU has taken in December 2002.

Despite considerable recent interest in attempting to quantify the extent of global fisheries' subsidies, no clear consensus has emerged on how much money is actually involved. In part, this is due to differing definitions on what actually constitutes a subsidy. But more importantly, it is a result of a lack of transparency and public access to the relevant data. Nonetheless, surveys by the World Bank, the OECD, UNEP, APEC and FAO have demonstrated that significant amounts of money are funnelled into the fishing industry, possibly as much as $15 to 20 billion per year, equal to 20% to 25% of dockside revenues. Canada, the EU, Japan, Korea, Norway and the USA are among the heavier contributors.

The Effects of Subsidies on the Fish Stock

There are two schools of thought on what should be done about subsidies for fisheries. One, which refers to itself as the "Friends of Fish" argues that certain subsidies lead to over-capacity of the world's fishing fleets, depleted fish stocks, and trade distortions. Japan and Korea are of the opposite view  that these problems are best dealt with by improved international cooperation in fisheries management and control. According to them, there is no need to treat subsidies to fisheries any differently from any other type of industrial support. Indeed, they reject the precedent of giving fisheries a special treatment.

It is doubtless true, though, that fishing fleets are too large, and that this has led to depleted stocks. And it is also true that the extensive financial support given by certain governments to the fishing industry has played a role in this. Any reduction in subsidies to the fleets is therefore arguably a good thing. The recent decision by the EU should be welcomed and other countries should be encouraged to reduce their subsidies as well.

However, subsidies are only part of the complex of problems with fishery management today. Among others are the massive outward flows of fish from the developing countries, the lack of control and surveillance on the high seas and in the waters of many developing countries, the flawed concept of maximum sustainable yield, and the extensive use made of flags of convenience in order to escape the constraints of conservation and management measures, safety and labour standards and other norms.

Further, it is not as easy as it might seem to determine if certain types of subsidies are "environmentally friendly" or not. For instance, if ship-owners know that they can always get a million Euros or more to decommission or export their fishing vessel when things get really difficult, that can act as an incentive for them to keep fishing longer than they otherwise might. Similarly, aid for the fleets can be put to a number of good uses, such as placing more emphasis on the development of smaller vessels that provide more employment while doing less harm to the marine environment, thus reversing the current trend towards. Certain types of government expenditure are clearly not subsidies; stock assessments, control and surveillance and research into gear selectivity, among other matters, belong within the mandate of governments, which are responsible for managing fisheries for the public trust. One possible guideline that could be used is the extent to which subsidies contribute to the realization of the principles of good fishery management and the application of a precautionary approach, as defined in Articles 5 and 6 of the UN Fish Stocks Agreement.

In short, bringing some sanity to the use of subsidies for the fishing industry, without at the same time favouring the fleets of the world's richest and most powerful countries, is a very laudable objective, but it is also a very complicated affair, necessarily paying great attention to regional conditions. Subsidies are only part of the problem, and far more comprehensive and radical reforms to the global system of fishery management are necessary.

The Role of the WTO

The WTO has proven itself to be an institution of remarkably little subtlety or nuance. It tends to approach issues from a single perspective, that of their impact on trade, and usually even that is limited to impact on the trading economies of the richest countries. The sledge-hammer approach that the WTO is well known for is not suitable for the adequate treatment of regional needs and subtleties. Strict constraints on the mandate for the discussions are necessary.

However, the WTO is the body with a mandate to adopt rules on subsidies, and subsidies have contributed to over-fishing and depleted stocks, as well as economic hardship and local market disruption in developing countries. The challenge is thus to use the clout of the WTO to reduce the destructive influence of subsides while not allowing it to take control over the international system that has been built up for management of fisheries.

Instead, the appropriate venue for the examination and management of fish stocks is the network of multilateral bodies - the regional fishery organizations (RFOs). They differ widely in their geographical scope, their mandate, their effectiveness and their membership, but they have been specifically designed for fishery management and cooperation.

Considering the current poor state of the world's fish resources, it is obvious that the RFOs still have a long way to go but it is equally clear that they are showing encouraging signs of waking up from their lethargy. For instance, some RFOs, particularly those dealing with tuna fisheries, have begun to establish explicit limits on the amount of capacity that is authorized in a fishery.

Agreeing on how many vessels to allow into a fishery is only a first step, obviously, as deterrence must be established to prevent other fleets from fishing without authorization. Two approaches have focussed on denying market access. Catch documentation schemes use certificates to identify fish that has been caught in conformity with the appropriate management measures of the RFO. Several RFOs use variations on this theme and contracting parties are to prohibit the importation of fish that is not accompanied by a certificate.

It is the International Commission for the Conservation of Atlantic Tunas (ICCAT), though, that has shown the most imagination, even daring, in its recent activities. Over a period of years, ICCAT has formally identified several countries as fishing outside the internationally agreed conservation and management programme and adopted bans against the importation of certain species of tuna. At present, five countries are sanctioned, including both ICCAT members and non-members. Though these import bans have not been challenged under the WTO, the WTO Secretariat has stated that they are "WTO-consistent (i.e. non-discriminatory) use of trade measures".

By Michael Earle
Fisheries Advisor for Greens in the European Parliament 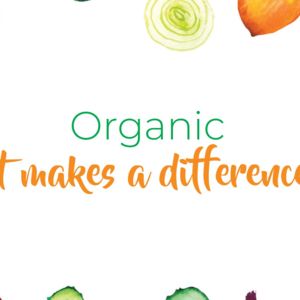 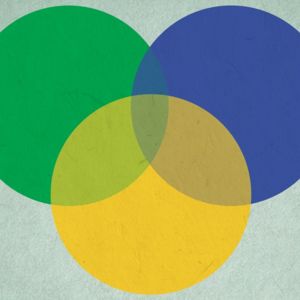 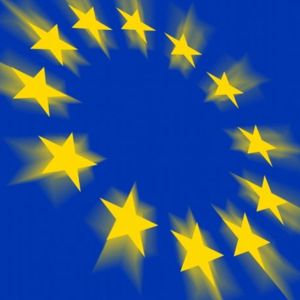