The debate opened with Greens/EFA Co-Presidents Dany Cohn-Bendit and Rebecca Harms questioning the very legality of Mr Barroso's possible appointment under the Nice Treaty, if the other Commissioners are to be appointed under Lisbon. Legal experts have indicated serious problems. Furthermore, a supporter of the Lisbon Treaty should want to be appointed under the Lisbon Treaty, stressed Cohn-Bendit.

Describing himself as a "reformer of the centre", not a "conservative" or a "neoliberal", Mr Barroso sought to set out his credentials as a pro-European Commission President tasked with seeking consensus. "Narrow national interests", he suggested, should be the target of criticism. He was unwilling to name examples however, and several Green MEPs spoke out against a 'lowest common denominator' Commission subservient to Member State demands, for example on CO2 car emissions rules.

On the global financial crisis, Mr Barroso pointed the finger of blame towards the US financial system. He insisted that regulation moves were on the right track and would include a legislative proposal on derivatives in 2010. He would not be drawn, however, on Green demands for an intensive pursuit of tax havens and a tax on financial transactions to deter dangerous speculation.

Ahead of climate talks in Copenhagen, Green MEPs disputed Mr Barroso's claim on climate leadership, in particular criticising the 20% emissions reduction goal as well below the level of scientific advice. This target is further weakened by high allowances to outsource reductions to developing countries. Mr Barroso defended such 'offsets' as necessary to secure an EU-wide deal. His proposal to create a dedicated climate Commissioner was attacked by Greens/EFA Vice-President Claude Turmes as a move to weaken the influence and competence of the Commission's Environment DG in this domain.

Mr Barroso defended his vision of a "social market economy". Responding to Green demands to revise of the posted workers directive, he argued instead in favour of a legally binding resolution to clarify issues as a "best defence" against ECJ rulings appearing to be against workers rights.

Questioned on multilingualism and the role of regions, Mr Barroso underlined his support for cultural diversity and a prominent role for regions. He however stopped short of welcoming the European Free Alliance suggestion to deepen regions' direct involvement in EU decision-making, choosing to focus instead on Member States' responsibility for their participation.

Mr Barroso's proposal for individual Member States to decide on GM cultivation was rejected as inadequate by Green MEPs, who referred to issues of cross-contamination and scientific criteria. Further division was revealed between Barroso's vision of "strong agriculture" on the basis of current international agreements and Green criticisms of dumping, loss of small-scale farmer jobs and a WTO agreement that restricts European rights to oilseed cultivation.

Challenged on his record in favour of citizens' rights within the EU, Mr Barroso pointed to pending anti-discrimination legislation and announced his intention to create a dedicated Commission portfolio for human rights and equality. He reminded that he had called for the closure of the Guantanamo detention facility, but came under fire from Green MEPs for his earlier role in the Iraq war and so-called CIA 'renditions' of prisoners. He also stunned participants with a categorical refusal of human rights clauses in international trade agreements, saying, "If you put restrictions based on human rights, I'm afraid there will be no trade."

Following the meeting, Greens/EFA MEPs reiterated their opposition to Barroso's candidacy for a second term as Commission President, but welcomed his democratic gesture in participating in a lively and engaging debate with the group.

Photo by Mike Benna on Unsplash 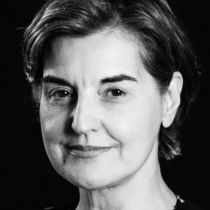