Learning from past mistakes to improve transparency and independence of controls

There is currently an extensive set of European rules to prevent, eliminate or reduce risk to human, animal or plants health along the food chain. To ensure that these rules are enforced by the Member States in a harmonised manner, a legislative framework for the organisation of official controls was established through a Regulation in 2004.

The European Commission is now proposing to revise this Regulation to establish a single framework applicable to all official controls along the entire food chain, thus broadening its scope, which so far covers only food and feed. The proposal integrates the current separate sets of rules on official controls in specific areas into the framework of a single Regulation. It is meant to include controls on plant health, seeds, residues, animal health and welfare, GMOs, pesticides and organic production. It aims to void the current Regulation and a number of sectoral rules on animal health, plant health and plant reproductive material.

On 15 April, in its final plenary session of the current legislative period, the European Parliament adopted the report on Food and Feed law, amending the above-mentioned EC proposal. Many Green demands were adopted, particularly regarding the independence and transparency of controls and on the removal of seeds from the text's scope.

Besides, these new rules will also take account of consumer expectations on the frequency of controls or the assessment of the risk of fraud. This was a crucial point for Greens/EFA MEPs. As the horsemeat-scandal has shown, it is essential for controls to widen their scope to include consideration of the potential for food-labelling fraud and not only consider safety risks when carrying out controls.

The Greens/EFA group is also behind the European Parliament demand that penalty amounts should be at least double the economic advantage sought through the violation.

Moreover, the Greens/EFA group managed to introduce a "whistleblower clause" into the report, which aims to create effective and reliable mechanisms to encourage reporting of potential or actual breaches by the Regulation authorities themselves.

However, the Green demand for a veto right for the European Parliament on 'equivalent' measures applied in third countries was rejected. But, in the absence of any European Parliament rights on this issue, there might be a risk that products from third countries are declared "equivalent" even though they fail to fully comply with EU requirements. This is an important concern in the context of the current negotiations on the EU-US trade agreement, which raises the issue of the EU's possible adoption of existing US standards on treatment of meat carcasses and use of hormones in meat production.

In general, this report includes some fairly positive developments on food safety and while far from ideal, takes on board lessons from past mistakes and will, it is to be hoped, improve the independence and transparency of controls. 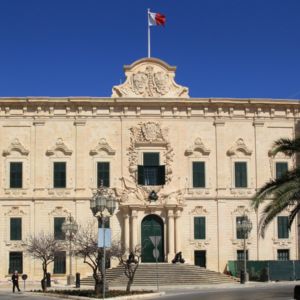