President Juncker, be our valentine, give EU democracy back!

The Greens/EFA group is calling for reforms of the comitology system that lead to a truly transparent and democratic process. This is a great opportunity to put back decisions with potential impacts on health, human rights and/or the environment at the political level where they belong.

Commercialising a potentially dangerous and unpopular substance in the EU is today unacceptably easy due to an un-transparent and undemocratic process called “comitology” (See our “4 easy steps to get your product on the market, whatever the human or environmental cost” for a more detailed explanation). Tomorrow, the European Commission is expected to announce a long-awaited proposal to reform this comitology process, which is used to approve or renew products, such as genetically modified imports and genetically modified seeds, as well as active substances of pesticides, so they can be sold on the internal market.

President Juncker has repeatedly criticised this undemocratic system and called for reform that would mean EU countries can no longer shy away from taking unpopular decisions by letting the European Commission take both the decision and the blame for it.

This non-transparent process, in which the names of the national experts and the details of the votes are both hidden, has regularly led to stalemates when decisions on sensitive issues (such as GMOs) need to be taken[1].

Indeed, decisions are only taken in the ‘standing committees’ if a qualified majority is reached (this means 55% of the member states representing 65% of citizens). The almost systematic abstention of some ‘big’ member states during these votes (like Germany, Italy and France), coupled with the incapacity of the Commission to convince EU countries of the merits of its draft authorizations on new GMOs, frequently leads to ‘no opinion’ conclusions.

This puts the Commission in a difficult position: either it goes ahead with the authorizations, while ignoring the clear political objections that brought about the blockage; or it rejects the approval and is vilified by industry for “not taking ‘science-based’ decisions”.

Several cases of national governments blaming “unacceptable decisions from Brussels”, which their own governments validated in these standing committees, have also contributed to the Commission’s decision to launch reforms to prevent further scapegoating.

This debate is also raising the question of the central position of experts in the EU decision-making process. Let us be clear: the question here is not to deny the importance of expertise in a legislative process, nor of science, in fact it is the polar opposite of that.

We are questioning the EU system as it is precisely because of the lack of scientific rigour: the EU assessment agencies, like the European Food Safety Authority (EFSA), are basing their conclusions on non-peer-reviewed and unpublished studies that are directly provided by the industry to the regulators.

The situation is so ridiculous that four green MEPs have spent the past year trying to get access to the studies that were used by EFSA for its assessment of the herbicide glyphosate, so far without success. These opinions are then discussed by mostly anonymous national experts, whose possible ties to industry are impossible to verify. Plus, decisions are voted in camera (behind closed doors).

Even if the areas in which this system has obviously been failing are few in reality (mainly affecting pesticides and GMOs, but also other health-related issues, such as car emissions), the ‘comitology’ process is not acceptable and we welcome reform.

We are now hoping for a new system in which legislators will fulfil their responsibility to take transparent decisions, based on real, peer-reviewed science and independent expertise, as part of a global and coherent EU project. This will not be achieved through lukewarm reforms and we are calling on the Commission to take some courageous decisions in order to win back the confidence of the Europeans: taking a decision at the level of an experts committee can only be legitimate if the matter is unanimously regarded as technical, not when the decision to be taken is political.  Then it requires a truly democratic process.

Industry of course has already declared its opposition to any changes via an open letter, and has asked the Commission to withdraw its proposal, even before they were tabled. We will all know tomorrow whom Jean-Claude Juncker has chosen for a valentine this year... 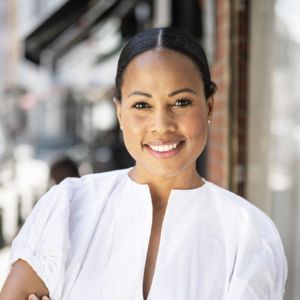 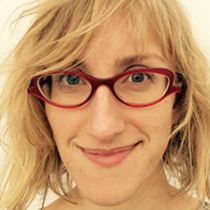