We recall that in 2017 the European Commission launched an Article 7(1) procedure under the Treaty on European Union, to determine the existence of a clear risk of a serious breach by Poland of the values on which the Union is based. This procedure is pending in the Council, the concerns remain unaddressed. Therefore, additional vigilance is necessary when carrying out the assessment of the Polish RRP.

Firstly, in our view the RRP fails to “address a significant subset of challenges identified in the relevant country-specific recommendations” as required in Article 18(4)(b) of the RRF Regulation. We are particularly concerned in this regard about the country-specific recommendation from 2020 relating to enhancing the investment climate by safeguarding judicial independence as well as ensuring effective public consultations and involvement of social partners in the policy-making process. These recommendations remain pertinent, as indicated in Council Recommendation of 20 July 2020 on the 2020 National Reform Programme of Poland and delivering a Council opinion on the 2020 Convergence Programme of Poland.

Moreover, the Group of State against Corruption (GRECO) decided in 2017 to trigger an ad hoc procedure regarding the legislative changes concerning the judiciary. Most of the recommendations remain without implementation. This is extremely pertinent given that the pre-financing of 13% under the RRF will be the biggest single payment made to Poland since it joined the European Union.

Secondly, in our view the control mechanism put forward by Poland does not fulfil the requirements of Article 22 of the RRF Regulation, in particular in view of safeguarding the Union’s financial interest against conflict of interest and fraud. In particular, the independence of Polish courts is severely undermined. As indicated in the 2020 Rule of Law Report, the legislative changes, impacting the Constitutional Tribunal, the Supreme Court, ordinary courts, the National Council for the Judiciary and the prosecution service, have increased the influence of the executive and legislative powers over the justice system and therefore weakened judicial independence. The Commission launched several infringement procedures to safeguard judicial independence; several cases are pending before the Court of Justice. Moreover, the principle of primacy of EU law is questioned by the executive and legislative powers and the current so-called ‘Constitutional Tribunal’; the first ruling regarding the CJEU order for interim measures is already adopted. Apart from that, serious concerns exist over the independence of the main institutions responsible for preventing and fighting corruption, considering in particular the subordination of the Central Anti-Corruption Bureau to the executive and the fact that the Minister of Justice is at the same time the Prosecutor General. Transparency on the implementation needs to be increased, for example by presenting reforms recommended by the European Commission and through requiring the involvement of civil society actors in the monitoring. In addition, we expect the Commission to undertake targeted audits and have an action plan ready in case it finds irregularities.

Thirdly, we are particularly concerned that fundamental rights issues previously identified by the Commission and the Parliament remain unaddressed and even exacerbated. For example, after the adoption of resolutions on being free from so-called ‘LGBT ideology’ by some municipalities, the Union spending for the implementation of the Polish RRP would lead to the Union actively contributing to a sufficiently serious breach of fundamental rights in Poland, namely via the funding available for such municipalities. The adoption of the Polish RRP risks furthermore to violate the Charter of Fundamental Rights as interpreted by the Court of Justice in Ledra Advertising.

Fourthly, we find it concerning that the selection and the territorial distribution of the measures included in the plan is politically motivated, particularly as regards the selection of the financial modality (grants versus loans) with a clear disregard to the business case.

We call on the European Commission to reject the draft Polish RRP in its current form in the light of these serious concerns and the ongoing deterioration of rule of law in Poland, and to insist that the updated draft plan is in full compliance with the RRF Regulation and in full respect of our shared European values as enshrined in the Treaties and the Charter of Fundamental Rights, for the benefit of the Polish citizens. We are all committed to ensuring that the European funds in general, but more precisely the Recovery and Resilience Facility, serve the Polish people and help recovery from the social and economic fallouts of the pandemic and contribute towards the objectives of the Facility. The goals of the Polish National Recovery and Resilience Plan must be in line with our European shared values and priorities.

A revised draft needs to be submitted after proper consultation and with sufficient elements to address the concerns expressed hereinabove.

Respect of the rule of law and sound financial management are key components of successful recovery in Europe. Citizens must be fully assured that the money of taxpayers is invested properly and not used to undermine the foundations of the EU. We trust you will use your leverage, strongly rooted in the rule of law, to ensure this and defend the Union values properly.

Photo by Amanda Dalbjörn on Unsplash 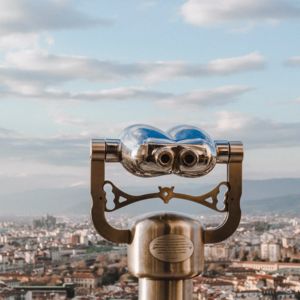