–   having regard to its previous resolutions on South Sudan, in particular that of 14 January 2014 on the situation in South Sudan,

- having regard to special Representatives of the Secretary-General for Children and Armed Conflict of 25 February 2015;

- having regard to the statement of UN Secretary General Ban Ki Moon of 3 February 2015 on peace talks in South Sudan;

–   having regard to the EU Council decision 2014/449/CFSP concerning restrictive measures in view of the situation in South Sudan;

- having regard to the 2005 Sudanese Comprehensive Peace Agreement (CPA);

- having regard to the African Union Commission of Inquiry on South Sudan, which investigated the human rights violations that have occurred since conflict erupted on 15 December 2013;

- having regard to the 1989 UN Convention on the Rights of the Child;

- having regard to the 1977 Additional Protocols to the Geneva Conventions, which imposes an obligation to refrain from recruiting and using children under the age of 15 in hostilities;

- having regard to the Principles and Guidelines on Children Associated with Armed Forces or Armed Groups ("Paris Principles"), adopted in 2007;

- having regard to African Charter on Human and Peoples’ Rights, adopted in 1981;

- Having regard to the African Charter on the Rights and Welfare of the Child (1990);

- having regard to the EU Guidelines on Children and Armed Conflict of 2010,

- having regard to the 2005 European Consensus on Development;

- having regard to the revised Cotonou Agreement;

A.  Whereas on 15 and 16 February 2015, UNICEF reported that 89 children preparing for exams were forcibly recruited as child soldiers, but whereas the organization now believes the number of children may be in the hundreds, while adult males were also forcibly recruited;

B.  Whereas according to UNICEF, the armed group which took the children is a Shilluk Militia under the control of Johnson Oloni, a Militia which is aligned with the South Sudan government’s Sudan People's Liberation Army (SPLA) forces, in the ongoing civil war raging between forces loyal to President Salva Kiir and rebels led by former Vice President Riek Machar;

C.  Whereas the African Committee on the Rights and Welfare of the Child conducted a mission to South Sudan in August 2014 during which it received evidence of recruitment of children into armed forces, abductions of children, rape of girls and boys, and killings of children;

D.  Whereas UNICEF estimates that there are at least 12,000 children used by both sides in South Sudan's ongoing civil war;

F.  Whereas the Statute of the International Criminal Court makes the conscription, enlistment or use of children under 15 in hostilities by national armed forces or armed groups a war crime;

I.  Whereas since the outbreak of the conflict in South Sudan in December 2013, the gross violations and abuses of human rights and international humanitarian law committed by all parties have had a devastating impact on the civilian population, with thousands of civilians killed and nearly two million displaced by the conflict;

J.  Whereas the Republic of South Sudan is one of the world’s poorest and least developed countries, with 50 % of its population living below the poverty line, the highest maternal mortality rate in the world, one of the highest infant mortality rates, illiteracy at around 75 %, and only one third of the population having access to clean water; whereas about 2.5 million are facing severe food shortages; and whereas women are especially vulnerable to food insecurity, as 57 per cent of households in the protection sites are headed by women; whereas in South Sudan about 80 % of all healthcare and basic services are provided by non-governmental organisations and access to humanitarian aid is still constrained by active hostilities and attacks on aid workers and assets;

K.  Whereas different regional initiatives were undertaken to bring the crisis to an end, including political mediation led by the Inter-Governmental Authority on Development (IGAD), and the establishment by the African Union of the African Union Commission of Inquiry on South Sudan (AUCISS) whose purpose is to “investigate the human rights violations and other abuses committed during the armed conflict in South Sudan and make recommendations on the best ways and means to ensure accountability, reconciliation and healing among all South Sudanese communities”;

L.  Whereas outside of donor and humanitarian aid, South Soudan's economy is almost entirely dependent on the oil sector, with oil exports accounting for more than 70 % of GDP and about 90 % of government revenue; and whereas revenues generated by the oil industry has fuelled violent conflicts;

M.  Whereas the parties to the conflict in South Sudan started negotiations on 7 January 2014 in Addis Ababa, under the auspices of IGAD; whereas a ceasefire agreement was signed on 23 January 2014 and reconfirmed on 9 May 2014 but continues to be breached without any punitive measures taking place; and whereas the Intergovernmental Authority on Development (IGAD) set the deadline of 5 march 2015 for the conclusion of negotiations between the two parties;

N. Whereas South Sudan’s neighbors have shown support for an arms embargo; and whereas leaders from countries represented in the Intergovernmental Authority of Development (IGAD) regional body issued a statement on 7 of November 2014, threatening the belligerents with “denial of the supply of arms and ammunition, and any other material that could be used in war” if the parties to the conflict continue to violate the cessation of hostilities agreement;

O.  Whereas on 10 July 2014, the EU announced a first round of targeted measures against individuals responsible for obstructing the peace process, breaching the cease-fire agreement and having committed gross human rights violations; and whereas the EU arms embargo against South Sudan has been maintained;

1.  Strongly condemns the recruitment and use of children in armed forces and groups, which consist of a grave violation of international law;

2.  Urges the government to commit to protect children and to secure, as an utmost priority, the immediate release of all children recruited and used by the parties to the conflict and ensure their reintegration to schools; demands that perpetrators of the recruitment and use of children as soldiers are held accountable before tribunals;

3.  Calls equally on the government to ensure prompt, credible, transparent, independent, impartial and comprehensive investigations into allegations of violations of humanitarian and international human rights law, and ensure accountability for such violations, in accordance with international standards, and provide adequate remedies and redress for victims;

4.  Urges the South Sudanese government to ratify core international and regional human rights treaties, including the 2002 Optional Protocol to the Convention on the Rights of the Child and to accede to the Rome Statute of the International Criminal Court;

5.  Urges to examine the underlying cause of conflict that result in children being coerced and forced into becoming child soldiers; and calls on the European Commission to assist in mobilizing resources to help with demobilisation and long term reintegration of children recruited into armed forces and those affected by the conflict, in coordination with the Office of the UN Special Representative for Children in Armed Conflict, UNICEF and other agencies;

6. Calls on the parties, including the government, to end attacks on education and avoid using schools; to that end, recalls its support for the Guidelines for Protecting Schools and Universities from Military Use during Armed Conflict;

7. Recalls that serious human rights abuses by government and opposition forces as well as other armed actors allied to them have also pushed much of the country into one of the world’s worst humanitarian crises;

8.  Stresses that South Sudan has some of the worst health and nutrition levels in the world; deplores that the conflict had disrupted many basic social services and hundreds of thousands of children were out of school; is alarmed by the fact that children continue to bear the brunt of the violence, suffering from psychological distress and lack of access to services, including education; underlines that poor health care affects in particular the most vulnerable, leading to high mortality rates amongst children and women.

9.  Insists upon the need to bridge the gap between humanitarian crisis intervention and long term development cooperation; in particular, takes the view that long-term development programming for children affected by armed conflicts (CAACs) needs to focus on inter alia child protection systems, education and employment schemes;

10.  Deplores the fact that, while different regional initiatives were undertaken to bring the crisis to an end, including political mediation led by the Inter-Governmental Authority on Development (IGAD), and the establishment by the African Union of the African Union Commission of Inquiry on South Sudan (AUCISS), human rights violations remain a major source of concern; while prospects of accountability for violations of international humanitarian and human rights law remain uncertain; against this background, endorses the UN Security Council Resolution of 3 March 2015, establishing a targeted sanction regime on South Sudanese officials blocking peace efforts in the country;

11.  Reiterates that there can be no military solution to the conflict in South Sudan; only political negotiations can resolve the crisis; against this background, welcomes the efforts of the African Union and IGAD to promote inclusive dialogue and mediation;

12.  Calls on the government of South Sudan to fully commit to the Addis Ababa negotiation process and to immediately cease fighting, in line with the Cessation of Hostilities Agreements accepted and signed by both the Governments of South Sudan and the Sudan People' Liberation Movement (SPLM) in opposition on 23 January 2014, 6 May 2014 and 9 May 2014;

13.  In addition, urges both parties to fully comply with their obligations under International Human Rights and Humanitarian Law; extend their full cooperation to UN and humanitarian personnel in the discharge of their mandates and duties, and conclude a Comprehensive Peace Agreement that places South Sudan “back on the path to stability and prosperity.”

14.  Strongly appeals to its members to ensure, as a prerequisite for any genuine and sustainable reconciliation process, that perpetrators of human rights abuses are brought to justice to end impunity; but notes with concern that three months after the Commission of Inquiry on South Sudan submitted its report to the AU, its findings and recommendations are not yet public;

15.  Underlines that publication of the report is a crucial step toward peace and reconciliation; accordingly, urges the AU Peace and Security Council to publish the report of the AU Commission of Inquiry into human rights abuses in South Sudan and follow up on its findings without further delay;

16.  Reiterates that long-term prospects for peaceful coexistence and development call for comprehensive institutional reforms to provide the country with a governing process that guarantees the rule of law; hence, calls on South Sudan authorities to engage in robust institutional reforms that inter alia:( i) guarantees the protection of human and fundamental rights, including those of vulnerable groups (e.g. women, minority ethnic groups); (ii) establishes mechanisms for the peaceful resolution of conflict and creates an environment within which all the country's diverse population can coexist peacefully; (iii); ensure efficient and equitable management of natural resources and eradication of corruption.

17.  Urges the Sudanese authorities to make sure that the oil revenues benefits the people and is not spent on arms; calls on the negotiating parties to include in the peace deal the issue of transparency and public scrutiny in the oil sector, in such a way as to allow the revenue from this resource to be used for the sustainable development of the country and to improve the livelihood of its population;

18.  Reiterates its call for adopting a UN embargo to South Sudan and the whole region, which should last until there is no substantial risk that weapons, munitions and other military equipment and technology sent to South Sudan will be used to commit or facilitate serious violations of international human rights and humanitarian law. 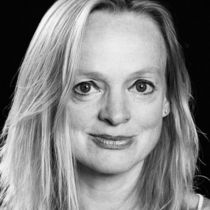