Given the very broad mandate adopted by plenary, we are asked to carry out a comprehensive assessment of corporate tax systems and their problematic features in the EU, and - where relevant - in third countries.

In terms of the legal assessment, the mandate gives clear guidance: Has EU competition law been violated, and have the EU tax law information exchange obligations been respected? Has the Commission done what is in its powers, in the light of its treaty obligation, to ensure EU competition and tax laws have been implemented? Have Member States that have knowingly contributed to the large scale draining of public finances over several decades violated the treaty principle of sincere cooperation? Not explicitly mentioned by the mandate is the question of the compatibility of the modified nexus approach with EU law and especially the freedom of establishment and the freedom to provide services. Given that Council[1] itself raises this issue, we suggest to add it to our legal agenda.

And last but not least, what are the legislative and non-legislative measures to be taken at MS, EU and global level that based on a thorough analysis of the existing systems the special committee recommends to be adopted?

To this end, we present to the committee 6 draft annexes that we suggest should be built on and further elaborated over the coming weeks. Some flexibility needs to be built in, in particular with regards to the jurisdictions to examine and the special corporate tax regimes and practices to tackle. Much of this will only be clear(er) to us once we have studied the range of documents that TAXE will have to request. The annexes were drafted after discussions on a confidential basis with actors from the aggressive tax planning industry as well as officials from tax authorities.

In terms of chronology, it seems most efficient to us to first analyse the documents, in particular from code of conduct WG on Business Taxation, to be able to better prepare hearings and missions.

Furthermore, knowing that access to information is key, we suggest that the special committee sets up a secure cloud where insiders from multinational companies, consultancies, civil society organisations and officials of tax authorities may deposit anonymously any information they deem of possible interest for the inquiries of the special committee, ranging from names of special corporate regimes to look into to actual tax rulings.

We look forward to discussing the TAXE roadmap. 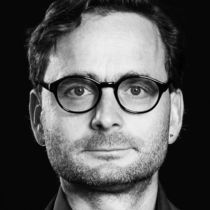