Swaziland, notably the cases of Thulani Maseko and Bheki Makhubu

- having regard to the revised Partnership Agreement between the members of the African, Caribbean and Pacific (ACP) Group of States and the European Community signed in Cotonou on 23 June 2000 (the Cotonou Agreement),

- having regard to the Universal declaration on Human Rights,

- having regard to the International Covenant on Civil and Political Rights,

- having regard to the African Charter on Human and Peoples’ Rights,

- having regard to the United Nations Basic principles on the Role of lawyers,

- having regard to the United Nations Declaration on Human Rights Defenders,

- having regard to the United Nations Basic Principles for Treatment of Prisoners,

- having regard to the Kampala Declaration on Prison Conditions in Africa,

- having regard to Rule 135 of its Rules of Procedure,

A. Whereas Thulani Maseko is a Swazi human rights’ lawyer and Bheki Makhubu a Swazi journalist;

B. Whereas Thulani Maseko and Bheki Makhubu are serving a two-year prison sentence for contempt of court for writing and publishing articles in the Nation magazine in Swaziland critical of the kingdom’s judiciary;

C. Whereas their trial has been largely condemned by leading international rights groups as unfair and not complying with international standards on the right to a fair trial;

D. Whereas conviction for “contempt of court” in Swaziland ordinarily carries a 30-day sentence or a fine;

E. Whereas Thulani Maseko has been recently sent to solitary confinement in prison for 21 days following circulation on the Internet of a letter written by him on the occasion of the one year anniversary of his imprisonment;

F. Whereas the International Commission of Jurists recently stated that "'There are serious structural deficiencies in Swaziland's justice system that need to be addressed systematically and in a structured way to ensure the country meet core rule of law principles";

1. Recalls the commitment made by Swaziland under the Cotonou Agreement – the framework for Swaziland's cooperation with the European Union – to respect democracy, the rule of law and human rights principles which include freedom of expression and freedom of the media;

2. Condemns the sentencing of Thulani Maseko and Bheki Makhubu to prison charges just for using their right to express an opinion on public affairs and the administration of justice, guaranteed under international law and affirmed in the UN Basic principles on the Role of lawyers;

3. Deems that the sentence, which is much more severe than usual sentences in similar cases, is a clear attempt to silence two critical voices and to serve as deterrent to others, as stated by the responsible judge;

4. Calls therefore upon the Swazi authorities to release Messrs. Maseko and Makhubu immediately and unconditionally, and to put an end to the continued judicial harassment against them;

5. Requests the Swaziland judicial authorities to immediately reconsider the case of Thulani Maseko and Bheki Makhubu and apply internationally recognised standards for a fair trial, including the right to be tried by an independent and impartial tribunal, the right to a public hearing, right to a legal counsel, the right to the presumption of innocence, the right to bail and the right to protection of the law;

6. Condemns the solitary confinement of Thulani Maseko and considers that such a measure amounts to torture;

7. Expresses its serious doubts as to the legality of this measure, even under Swazi law;

8. Condemns the harsh conditions of detention of both prisoners;

10. Calls on Swazi authorities to ensure in all circumstances the respect for human rights and fundamental freedoms in accordance with the Universal Declaration of Human Rights and with international human rights instruments ratified by Swaziland;

11. Instructs its President to forward this Resolution to the Council, the European Commission, the VP/High Representative of the Union for Foreign Affairs and Security Policy, the EEAS, the government and the Parliament of Swaziland. 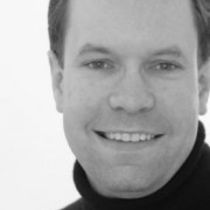