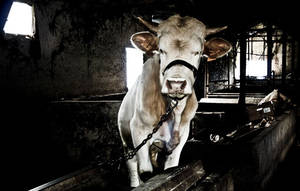 What is your overall impression of how commissioner-designate performed?

Well briefed and prepared. For the complex issues he read his answers nicely. Mr Hogan clearly has a neoliberal world view.

Were there particular issues or answers that stood out – either in a positive or negative sense?

The good thing was he didn't hide the fact he is supporter of intensive industrial-scale farming, clearly an export-oriented "agri-business as usual" commissioner, who wants to continue DG AGRI's work in ridding the EU of its small farmers once and for all.  His view on small farmers was particularly negative: He repeated a statistic he had learned, that that 69% of farms in the EU are less than 5ha, stating repeatedly that small farms were a "problem". He is clearly an advocate of "grow or go". In fact, an average of >1000 EU farmers PER DAY go bust and quit farming, and from his answers he seems happy to let that continue .... Yet if the average farm size in Italy is 7ha, and the country manages to be productive and fertile with vibrant local economies, and when 80% of the world's food is produced by small farmers, then he better buck up his ideas and realise that small structures are part of the solution, that diversity equals resilience and long-term food security. It should be his mission to keep it that way! In line with his views on aggressive export and dumping of surplus, he also kept repeating the "We feed the World" narrative, a well-known slogan of the agro-chemical corporations that push a productivity rather than sufficiency agenda.

Do you think he is suitable for the portfolio for which they have been proposed?

No. His vision for the future seems to be of over-production and aggressive export-oriented "dumping in disguise". He gave no concrete policy directions except dismantling greening of the CAP and ridding farmers of obligations to produce sustainably. His rhetoric on small farmers was unacceptable for our Group.