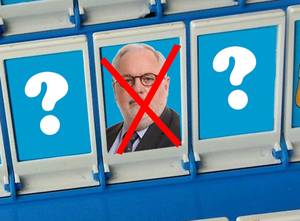 The controversy surrounding the appointment of EU Commissioner Miguel Arias Cañete led to unprecedented civil engagement in the nomination process, which included the launch of a specific hashtag, #StopCanete, and an online petition that gathered over 580,000 signatures. This debacle has not been forgotten by the Greens/EFA group in the European Parliament, and we are working to improve the current procedures for checking whether candidate Commissioners might have potential conflicts of interest.

The legal affairs (JURI) committee in the European Parliament today discussed an initiative report, to be drafted by Greens/EFA member Pascal Durand, that will lay down recommendations for how Commissioner’s Declarations of Interest should be scrutinised by the European Parliament. Several Members of the JURI committee took the floor in support of the initiative, trying hard not to mention the name “Cañete”, though references to his controversial appointment process were obviously being made.

For the Greens/EFA group, the Cañete example demonstrates a number of failings in the way that potential conflicts of interest are monitored and prevented. You may remember that, when Cañete was presented as a candidate to become the EU environment Commissioner, he held shares in oil-related companies. The outcry was so huge that his candidacy was called into question, but he seemingly solved the issue by simply selling the shares.

This all came about because, even though Commissioners are not supposed to have family interests that could affect the independence of the work they do, they are not really asked about their family interests when they fill our their declaration of interests form. All they have to do is state what their spouse’s “professional activity” is - see here for Cañete’s declaration. No other family members are covered by these transparency requirements.

In addition, the information contained in the declarations of interest is not fully scrutinised. Too often, this has been considered a check-box exercise and candidate Commissioners have simply been waved through. We want to change this so that the European Parliament is able to ask for more detailed information, organise further hearings, and recommend changes to the mandate of the Commissioner, in order to avoid any potential conflict of interest that might be on the horizon. We want the absence of a conflict of interest to be a pre-condition for the candidate to be authorised to move on to the next stage: the hearing in front of the competent Parliament committee.

The legal affairs committee is not looking to judge whether or not the candidate proposed is the right one, politically - but it needs to be able to do its job of ensuring, for the good of Europe and its citizens, that any risk of a conflict of interest is immediately halted and dealt with.

So watch this space!