The main focus of the visit was cross-border co-operation and the role of natural and cultural resources as a driver of regional development. 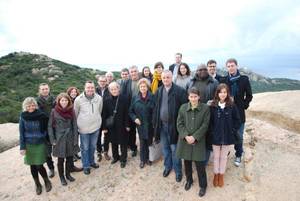 A series of meetings were held with local politicians, public sector organisations and representatives of civil society.

Iñaki joined other MEPs for a press conference at the European Parliament in Strasbourg to draw attention to the new law, introduced by the right-wing government without popular support.

This came in the same week that the European Commission reported back to the European Parliament on non-discrimination in the framework of sexual and reproductive health and rights.

With the first people killed in protests in Ukraine, Flemish MEP Mark Demesmaeker called for a stronger reaction from the EU.

Thousands of Ukrainians have been protesting for weeks in Kiev's Maidan square against their government's repudiation of closer ties with the EU.

Demesmaeker has visited the country to see the situation for himself. 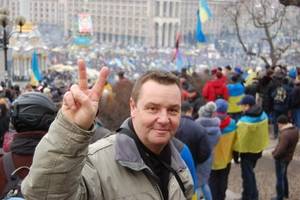 He commented: "This country is a direct neighbour of the EU and we must take a stronger line. Selective sanctions should be considered for regime leaders implicated in the violence. This could include a travel ban and freeze on EU based assets. I hope that we can build closer relations between Europe and Ukraine over time, and offer people – especially young people – hope of a better future."

This followed a huge demonstration in Bilbao with over 100,000 people marching for progress in building peace and dialogue.

The MEPs called for the EU to play a role in the process, and support, for example, a move for Basque prisoners to jails in the Basque Country.

Mark Demesmaeker commented: "Many believe as I do that Europe can no longer stand idle in relation to the Basque Country. For the EU's own credibility and in its own interests, it must fully engage as a partner in the peace process. Just as it did twenty years ago in Northern Ireland."

The Latvian MEP is a long standing anti-fascist campaigner and critic of far-right movements in the Baltic region.

To coincide with Holocaust Memorial Day, Tatjana Ždanoka had organised an exhibition entitled 'Building Democracy or Rehabilitating Nazism – Baltic at the Crossroads.' The aim was to draw attention to the sympathetic treatment of former Nazi collaborators in the Baltics, and the activities of far-right groups today. But permission for the exhibition was withdrawn at the last minute, apparently as a result of political pressure.

Call for stronger measures on 'fracking'

Welsh MEP Jill Evans called for much stricter safeguards to protect communities from the ill-effects of 'fracking' for shale gas.

Fracking for shale gas is a controversial technique involving hydraulic fracturing and serious concerns remain about the environmental effects.

The European Commission last month announced a series of recommendations or voluntary "minimum-principles" which EU governments are expected to follow. Jill called for the European Commission to introduce legally binding requirements including compulsory Environmental Impact Assessments (including for exploration), separation distances from residential areas and water and a total ban in environmentally sensitive areas.

Responding to the European Commission's announcement, Jill said: "There are too many safety and environmental questions to allow companies to go ahead without legally safeguarding communities over fracking. That is what the European Commission has done. They have adopted very weak recommendations that are unlikely to have much impact because they are not compulsory.

"We've seen the strength of public opinion opposed to fracking in Wales. I support a ban on fracking until it is proved to be safe and does no environmental damage."

SNP MEP Alyn Smith drew significant media attention with his tongue-in-cheek proposal to ban Justin Bieber and Celine Dion in response to a row over Canadian imports of Irn-Bru.

The popular Scottish fizzy drink was removed from shelves in a shop in Canada following a mix-up.

Alyn Smith commented: "Scotland and Canada have strong cultural and historical links, I'm sure many ex-pats across the pond will be worried about how to get their daily fix of the bru if this supposed ban remains. I think if it does, we need to look into banning Justin Bieber and Celine Dion here in Europe - between them they've produced more sugary schmaltz than Irn Bru ever has."