Education in Valencia and the EIB

At the invitation of Valencian MEP Jordi Sebastià, fellow MEPs from the EFA Group in the European Parliament, Ernest Maragall and Jill Evans, visited the region to look into the use of European Investment Bank (EIB) loans to support education.

Jordi Sebastià is concerned that whilst the Region of Valencia has benefitted from two EIB loans worth EUR 250 million and EUR 300 million to improve educational infrastructure, it does not seem that schools in the region have felt the benefit as they should. 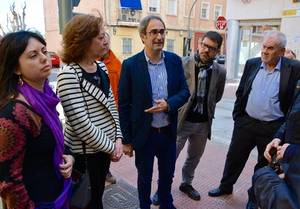 The money was meant to support a programme called 'Crea Escola' which was specifically intended to improve school buildings and equipment and build new ones.

But many children continue to be taught in outdated, temporary portable cabin structures, nearly a decade after the first loan was signed.

Now, several complaints have been made to the EIB about the Valencian government's use of the loans and investigators have been sent to look at the situation.

The three EFA MEPs - two of whom (Evans and Maragall) are members of the European Parliament's Culture and Education Committee -  suggested that the committee may want to look into the use of EIB loans to support education infrastructure in Valencia. 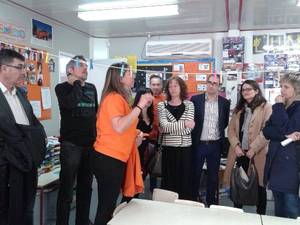 Jordi Sebastià said: "We need to know what has been done with this money. We have seen children being taught in temporary portable classrooms when funding is supposed to have been made available to improve education infrastructure. We need an investigation and we need answers."