EFA Piernicola Pedicini on the deficiencies of the Regional policy

EFA MEP Piernicola Pedicini illustrated the consequences of the regional policy in Italy. He warned of the worsening social-economic and territorial imbalances the failed implementation of this policy is having.

“ We can observe that the cohesion policy has had everywhere the effect of reducing territorial disparities in the European Union, except in Italy, where economic, social and territorial inequalities are increasing more and more without any no trend reversal for decades now,” Pedicini said.

Piernicola Pedicini MEP explained how he reported the failures and risks to the Department of Policy of Cohesion Policies and the Budget Office of the Italian Parliament and alerted them that the initial distribution plan would translate into funding the North parts of the country with resources designated to the southern areas.

Addressing the European Commission, EFA Pedicini remarked how this report fails to address territorial inequalities in the south; Piernicola asked for a roadmap on how to prevent this in Europe.

“I ask the European Commission what it intends to do to prevent this distortion of objectives that damage not only Italy but the entire European Union. Pedicini concluded. 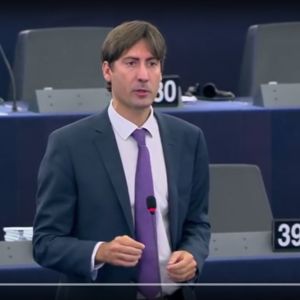