Empowering the regional dimension and minority rights in the new member states was the focus of a conference organised at the European Parliament this week by the European Free Alliance Group.

The event heard from speakers from a variety of political groups and backgrounds about the diverse experiences of minorities, and the rights of regions in the EU's newer member states. 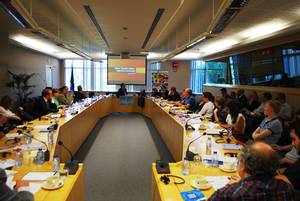 The right to regional autonomy within their existing member state was a priority for Silesian regional councillor Jerzy Gorzelik, whilst Croatian MEP Ivan Jakovcic talked about the progress achieved in improving the rights of the country's Istrian minority since independence.

Zsolt Szilagyi described the situation of Romania's substantial Hungarian speaking minority, and of their desire for regional autonomy in Transylvania within a federal Romania.

A second session chaired by EFA MEP Tatjana Zdanoka looked at minority rights and cultural autonomy. Estonian MEP Yana Toom talked about the problem of statelessness for Estonia's substantial Russian minority, which is still an issue more than two decades after the restoration of independence. 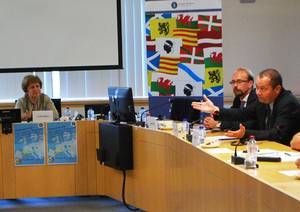 In Latvia, access to education for Russian speakers in their native language continues to be challenged by government policy according to Aleksandrs Kuzmins.

And MEP Ihan Kyuchyuk from Bulgaria said that his party which had first attracted support from Bulgarian citizens of Turkish origin, had later developed into a multi-ethnic movement which supports all minorities.