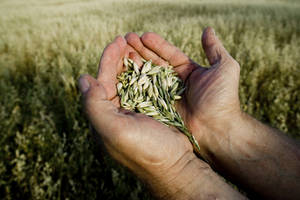 Attempts by Conservative (EPP) MEPs to weaken the report were defeated, and in the end the report by Green MEP Catherine Grèze was carried by a large majority. The EU must now support the request of developing countries that the granting of patents be dependent on the dislcosure of the origin of the genetic resources and taditional knowledge used. Other good results include a call for international institutions to support the Convention on Biological Diversity and recognition of the weakening of farmers rights.

Full details on what was at stake below:

The European parliament is due to vote next Tuesday on the report by Green MEP Catherine Grèze on the intellectual property rights of genetic resources in developing countries. Biopiracy is a real problem in developing countries, flying in the face of poverty reduction measures, notably for indigenous communities. This report outlines the problem and sets out measures to protect such rights in poorer countries and regions, but is at risk of being watered down. The providers of genetic resources (GR) and the holders of related traditional knowledge (TK) frequently belong to developing countries rich in biodiversity. In addition, three quarters of the world's population depends on natural traditional medicine from plants and are particularly vulnerable to attempts to enforce patent laws on medicines. While protection of Intellectual Property Rights (IPR) is a cornerstone of EU trade policy, it should not hinder access to affordable medicine, especially when the Intellectual Property (IP) relies on genetic resources or traditional knowledge from developing countries. The EU must therfore stay in line with its own Policy Coherence for Development and refrain from pushing developing countries, especially the Least Developed Countries, to accept far-reaching IP rules for seeds and medicines through bilateral agreements. Biopiracy can affect agricultural practices that have been carried out for thousands of years. Since the beginnings of agriculture farmers have relied on harvested seeds, both as a food source and for planting the following season. In the EU the wild varieties of "new" cultivated plants are largely found in developing countries.  The ‘farmers’ exception’, under the UPOV Convention allows farmers in developing countries to save seeds deriving from these "new" varieties and to re-sow them for usual food purposes. However these rights have become weakened in consecutive reforms of the UPOV Convention. The EU must therefore ratify as swiftly as possible the Nagoya Protocol on access and benefit sharing under the Convention on Biological Diversity, which sets out key provisions for addressing biopiracy. Ultimately however, we need to address the lack of coherence in the global governance system for dealing with how intellectual property rights affect genetic resources and traditional knowledge. We must improve database and disclosure requirements related to genetic resources and traditional knowledge. A key request of developing countries to make the fight against biopiracy effective is to make the granting of patents dependent on compliance with a mandatory requirement to disclose the origin of any GR/TK in patent applications. Such a binding regulation could be included under the Agreement on Trade Related Aspects of Intellectual Property Rights (TRIPS). This recommendation is proving to be the most controversial aspect of the report and what is at risk of being watered down by conservative MEPs during the plenary vote next Tuesday.