Issue 4 of the GMO Campaign Newsletter 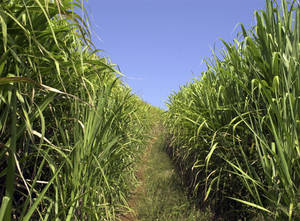 On 27th March, the Budget Control Committee (Cocobu) voted to postpone the discharge of the European Food Safety Authority (EFSA) for 2012, as well as the European Medicines Agency (EMA) and European Environment Agency (EEA). All of the Greens/EFA Group amendments were adopted. The vote in Plenary should happen in May. It is the first time that the discharge of EFSA has been postponed and it is a very strong political sign to EFSA, which has been highly criticised for its lack of independence and its links with industry. (See GMO In(digest) 2). It is to be hoped that these issues will be adequately dealt with. Indeed the Commission is in the process of renewing 7 members of EFSA’s Managing Board.

Although the EP has no power over the decision, it has been transmitted a list of 14 shortlisted candidates for opinion. The ENVI Committee has submitted a list of 6 preferred candidates to the EP President. The most controversial person on the Commission's short-list is Mella Frewen, the president of Brussels-based lobby group FoodDrinkEurope, who previously worked for Monsanto. If selected, she will keep her FoodDrinkEurope post. However, FoodDrinkEurope communications director,  Lisa McCooey, said she does not see a conflict of interest: "If elected onto the board of EFSA ... Mrs. Frewen would partake in its work in a personal capacity and not on behalf of any interests - industry or otherwise."

Another critical step for EFSA is the renewal of 8 of its 10 scientific panels. As have been documented in a number of NGO reports, the scientific panels have been anything but independent from biotech, pesticide or food industries. For example, a report by German paper Süddeutsche Zeitung noted that one EFSA panelist who worked for Kraft Foods, Albert Flynn, was involved in getting a positive decision for a Kraft Foods claim. Another one, Carlo Agostoni, was paid by food companies Nestle, Danone, Heinz, Hipp, Humana and Mead Johnson to speak at conferences. In a separate EFSA panel dealing with the health impact of chemicals used by the food industry, 10 out of 13 experts had industry links. The Court of Auditors is to issue a report on conflict of interest at EFSA and three other EU bodies by the end of June. On 5th March, EFSA published new rules on the 'independent' panels. We’ll see soon the results of these rules, and if there’s not a deep change in the appointment of independent scientists in EFSA’s panels, there will be little to celebrate at EFSA’s 10th anniversary in the fall.

On 9th March, an attempt by the Danish Presidency to reach a compromise on national bans failed at the Environment Council. (See GMO In(digest) 3). Nine countries have opposed the proposal (Bel, Bul, Cyp, D, Esp, Fr, Ire, Svk and UK) and no vote was taken as it was obvious that there was a blocking minority. Clearly, the proposal divides countries along lines that do not stem from their opposition or support to GMO crops. Seemingly very affected by the rejection of their proposal, the Danish presidency did not say whether it will try a new compromise at next Council in June. From the content of the interventions during the last Council, it is probable that any new compromise would make more concessions to the pro-GMO countries.

Dalli declared he is still hopeful a compromise would be reached in June.

Oral Question to the Commission on ACTA

On 5th March, Green MEP Sandrine Bélier asked an Oral Question to the Commission on the impact of ACTA on sustainable farming and the protection of biodiversity. Indeed, patents on seeds are becoming a major issue, as they impact on land use, access and preservation of agro-biodiversity and food safety. As the number of patented seeds increases, farmers are becoming financially and legally more dependent on a small number of transnational seed companies. Farming practices tend to become more uniform, with strong negative consequences for our food sovereignty, environmental heritage and food diversity. The Commission claims that patents are excluded from the Anti-Counterfeiting Trade Agreement (ACTA), but ACTA specifically states that a Party “may” exclude patents. It means that patents, including patents on life, are under the ACTA jurisdiction, and that the exclusion of patents is the exception and not the rule.

In its answer, the Commission stuck to its arguments that patentability is not part of ACTA, which is only enforcing intellectual property rights that are being decided in other fora. In other words, ACTA is not responsible for patents on seeds, and this issue must be addressed at the level of the European Patent Office (EPO) or World Intellectual Property Organisation (WIPO). The Greens are indeed also fighting against patents on life at the EPO. Meanwhile, ACTA may well be rejected in the EP.

On 27th March, Green MEP Catherine Grèze asked an Oral Question to Commissioner Piebalgs, invited for an exchange of views in the DEVE Committee. She expressed concerns from the group about the use of GMOs on the African continent and their impacts on biodiversity and food sovereignty and asked about the efforts of the Commission to preserve biodiversity in Africa and to avoid that GMOs be introduced through programmes of development aid.

Commissioner Piebalgs answered that Commission did not support any project involving GMOs, and that some developing countries have even stricter rules than EU countries. He is going to write an answer in order to avoid any misunderstanding as it is not in the Commission’s plan to go into this area [of GMOs]. The Commission programs support small holders

France to take emergency measures against cultivation of GM maize

Without an answer to its request to the Commission to suspend authorisation for the cultivation of genetically modified MON810 maize from Monsanto (See GMO In(digest) 3), the French government issued a decree to prohibit its cultivation at the national level.

It is not clear, however, whether there was early planting of MON810 seeds and what would be the status of these crops. The French maize producers association (AGPM) has challenged again the decree in Conseil d’Etat, but the conclusion will probably be too late for sowing GMO maize on a large scale in 2012.

On 26th March, Green MEP Carl Schlyter answered to Swedish scientists' claims that plant improvements such as GMOs create sustainable bio economy, but that the loud public opinion againts GMOs risk leaving Europe behind. They are calling on decision makers to be drivers in the development of GMOs instead of slowing the process down.  In an article untitled "Gene manipulation does not give us sustainable agriculture", Carl explains why GMOs will not achieve the gains for our society and ecosystems that the authors of the article claim. The scientists answer to Carl in another paper called: “Infantile scaremongering about plant breeding”. It is not surprising to see such a heavyweight promotion of biotechnology by pro GMO scientists when BASF, supposedly leaving Europe, is in fact planning new experimental field tests for 2 strains of GMO potatoes in the country.

The United Kingdom’s Department for International Development (DFID) has won Best Technological Breakthrough at the UK Climate Week Awards for its support to a project to develop non-GMO drought-tolerant maize in Africa. The prize was announced at the Climate Week Awards, held in London to celebrate the UK’s most effective and ambitious organisations, communities, and individuals and their efforts to combat climate change. The project uses conventional breeding, where varieties with good drought tolerance characteristics are cross-bred to get final products which are both productive and nutritious and grow well in African conditions. Known as “Drought Tolerant Maize for Africa” (DTMA), the initiative is responsible for the development and dissemination of 34 new drought-tolerant maize varieties to farmers in 13 project countries (Angola, Benin, Ethiopia, Ghana, Kenya, Malawi, Mali, Mozambique, Nigeria, Tanzania, Uganda, Zambia, and Zimbabwe) between 2007 and 2011. An estimated 2 million smallholder farmers are using the drought-tolerant maize varieties and have obtained higher yields, improved food security, and increased incomes. It is yet another example that GMOs are not needed, despite efforts by biotech companies to promote their own drought tolerant GMO maize.

On 28th March 2012, in Federal District Court in Manhattan, family farmers filed their Notice of Appeal to Judge Naomi Buchwald’s 24th February ruling dismissing Organic Seed Growers and Trade Association (OSGATA) et al v. Monsanto. The original complaint was filed on 29th March 2011. The lawsuit challenges Monsanto’s patents on genetically engineered seed technologies in order to provide court protection against possible lawsuits by the company for patent infringement if genetically modified crops were mistakenly found among their fields. In July, Monsanto filed a motion to dismiss. Plaintiff lawyers at Public Patent Foundation (PUBPAT) then filed a rebuttal brief on 11th August 2011. Judge Buchwald called for oral argument on the motion to dismiss, which was held in Manhattan on 31st January 2012. The judge’s dismissal ruling was issued 24th February and plaintiffs were given thirty days in which to file their Notice of Appeal. The United States Court of Appeals for the Federal Circuit will hear the farmers’ appeal, seeking to reinstate the case because they are fearful that Monsanto seed will trespass onto their farms and that the resulting contamination of their crops will be viewed by Monsanto as illegal ‘possession’ resulting in patent infringement allegations. Monsanto’s harassment of family farmers is well known in farm country. It has one of the most aggressive patent assertion agendas in U.S. history. Between 1997 and 2010, Monsanto admits to filing 144 lawsuits against America’s family farmers, while settling another 700 cases out of court for undisclosed amounts and imposing gag orders on farmers. The farmers’ fears were heightened when Monsanto refused to provide a legally binding covenant not to sue, signaling Monsanto’s intention to maintain their option to sue innocent family farmers in the future.