Issue 16 of the GMO Campaign Newsletter 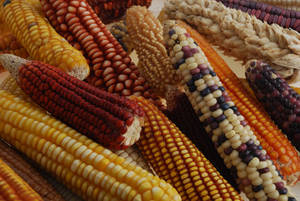 See (GMO (In)digest 15) The European Parliament voted on 15 January to endorse an agreement on a new scheme for the authorisation of genetically-modified organisms in the EU (480 +, 159 –, 58 o). The Greens voted against the new scheme, as it would renationalise decisions about GMO cultivation instead of reforming the risk assessment process for GMOs, which is urgently needed. Although ALDE MEP Frédérique Ries, rapporteur, had improved the political compromise from the Council in her report (voted at a large majority in the ENVI Committee on 5 November 2014), the Council did not show any willingness to compromise on key issues and the trilogues did not allow keeping most of what the Greens had asked for. Indeed, the EP was not able to keep the environmental legal base, the veto right for EP when it comes to authorisations, the reference to the necessity of improving the authorisation procedure and the demand for a strict liability system. As regards coexistence measures, very weak ones have been adopted, as they deal only with border areas between a GMO-growing Member State and one that does not grow GMOs. Moreover, no specific measure needs to be taken if neighbouring Member States do agree that geographical conditions do not warrant specific coexistence measures. More importantly, the EP hasn't succeeded in throwing the biotech companies out of the process in phase 1, during the authorisation process, when a Member State must ask the applicant to exclude its territory from the scope of the authorisation, leaving the door open to secret deals between Member States and private companies, putting them at the same level of decision making as elected government. This is totally unacceptable to the Greens/EFA group. What rapporteur Ries has obtained during the negotiations, though, is that a Member State is not obliged to ask the permission of the company before it decides to ban a GMO in phase 2, after the GMO has been authorised. Also, it can ban a GMO or a group of GMOs at once that and makes phase 2 more attractive. And finally, a Member State can decide to ban a GMO during the whole authorisation duration, i.e. 10 years, instead of only 2 years as Council had proposed. After the vote, Green food safety spokesperson Bart Staes said “This new scheme will ease the way for GMOs in Europe, whilst failing to respond to the need to address the flawed EU procedure for authorising GMOs. Despite a majority of EU member states and citizens being consistently opposed to GMOs, the real purpose of this new scheme is to make it easier to wave through EU authorisations of GM crops. Countries opposed to GMOs are given the carrot of being able to opt-out of these authorisations but the scheme approved today fails to give them a legally-watertight basis for doing so. This is a false solution. The fight must now continue at the EU level, following on Juncker's commitment to improve the authorisation process by making it more democratic, as specified in the mission letter sent to the new SANTE Commissioner, Vytenis Andriukaitis and in the Commission Work Program for 2015. The Greens/EFA group will also be strongly involved at the national level in order for national governments to make sure they use the opportunities of this new text to effectively ban GMO crops on their territory. A first test case on the governments' willingness to act will be when Pioneer GMO maize 1507 may be formally authorized, and when the renewal of the authorization for Monsanto MON810 maize may be granted.

GMO free regions 2015: Save the Date
Governments, Business and Civil Society gather in Berlin from 6 to 8 May 2015.

Ten years after the first European GMO Free Regions conference took place in Berlin, over 60 regional governments and hundreds of companies and their associations and civil society organizations will meet on May 6-8 2015 again: “GMO Free Europe – Future Opportunities and Challenges”. The Greens/EFA group in the EP is partnering this great initiative. Participants from political circles, economists, scientists and civil society from all over Europe, as well as guests from America, Asia and Africa will discuss the chances of a future agriculture without GMOs. The meeting will provide the opportunity to reflect on new challenges for a GMO-free Europe:

All these issues will be presented and discussed in Berlin in May 2015, when for the first time the three pillars of GMO Free Europe – regional governments, GMO-free businesses and NGOs – will jointly organise a conference. Organizers: - European GMO-free Regions Network (http://gmo-free-regions-nrw.de)
- Danube Soya Association (www.donausoja.org
- NGO network of GMO-free regions (www.gmo-free-regions.org)

For the first time since 2010, the area cultivated with GMO maize has decreased in Spain in 2014 compared to 2013, according to the Spanish Agriculture Ministry. These figures may not be very reliable because there is no monitoring of the areas that are planted with GMOs, nor a detailed register (although imposed by EU law) or coexistence measures in Spain. The estimation comes from the sales figures from the seed sellers and considering that farmers use 85.000 seeds per hectare. Greenpeace Spain had shown in 2013 that the official figures from the Ministry may be overestimated by up to 70%. Nevertheless, the data indicate a decrease from 137.000 ha in 2013 to 131.500 for a total maize growing area of 416.700 ha. It is a 4% decrease that seems to indicate some disinterest about the only GMO that is allowed to be grown in the EU. Also, Spain is by far the biggest grower of GMOs in the EU, and the decrease is in the same order of magnitude as all what is grown in all the other EU countries that grow MON810, i.e. Portugal, Czech Republic, Slovakia and Romania. In the Czech Republic, the area of GMO maize has continuously decreased from the record year of 2008 (except for 2011). It was planted on 8.400 ha by 167 farmers in 2008 and there were only 18 farmers that grew 1750 ha of MON810 in 2014. All together, the area of GMO maize covers 0.13% of the EU maize production.

The U.S. Department of Agriculture’s (USDA) Animal and Plant Health Inspection Service (APHIS) announced determinations of non-regulated status for Monsanto soybeans and cotton that are resistant to certain herbicides, including one known as dicamba, or 2-4D. This means that these varieties of soybeans and cotton will be allowed to be grown at next growing season. Indeed the final Environmental Impact Statement (EIS) found the GMO cotton and soybeans are unlikely to pose a plant pest risk to agricultural crops or other plants in the United States.  Moreover, it supposedly enables APHIS to better understand the impacts of its regulatory decision including how the adoption of these products by farmers may lead to an increased risk in the development of new herbicide-tolerant weeds. The final EIS affirms that diversified weed management practices could mitigate the impacts. But after years of growing GMO soybean, maize and cotton that were tolerant to Monsanto's best-selling herbicide, Round-up, US farmers are experiencing increased problems with weeds that have become resistant to Round-up on thousands of hectares, prompting the use of old and more dangerous herbicides (such as dicamba) these plants were meant to avoid, the hiring of Mexican workers to clean infested fields by hand or even abandoning fields. The chemical and biotechnological treadmill Greens are denouncing for years is now appearing clearly with the manufacture of new GMO that are tolerant to these old and dangerous herbicides and which will create yet new problems due to the increase use of these herbicides, as has been shown with the first generation of herbicide tolerant crops. After increasing the allowed level of Round-up in soybeans and maize in order to take the fact that they are a lot more often sprayed with Round-up, we may well soon see a rapid increase in the tolerated levels of 2,4D in the crops, with all potential health effects. These plants, that have also often stacked genes (different genes in the same plant that confer tolerance to more than one herbicide or produce more than one insecticide), will only increase considerably the use of 2,4D to the expense of public health and neighbouring crops. It shows clearly that we need to go another direction, towards an ecological and holistic way of farming rather than using technical quick fixes that can only make the situation worse.

Following the rejections of hundreds of thousands of tons of maize shipments from the USA because of their contamination with unauthorised GMO maize from Syngenta (MIR 162), seed companies seem more reluctant to launch new GMO varieties that do not fit the Chinese authorisation system in the U.S. Grain traders such as Cargill and Archer Daniels Midland and dozens of farmers have sued Syngenta for damages after Beijing rejected shipments that were contaminated with the Viptera (MIR162) strain. Syngenta and Dow AgroSciences are trying to tightly control U.S. launches of new GMO seeds, telling farmers where they can plant new corn and soybean varieties and how can the use them. Bayer CropScience has decided to keep a new soybean variety on hold until it receives Chinese import approval but acknowledges that it can take up to 10 years and $150 million to develop new GMO seeds and further delays in Chinese approvals will raise concerns about Bayer's future investment in new GMO products. Indeed the stakes are high for those who want to market GMO seeds that are not yet allowed in China, which is a key market for the U.S. agricultural seeds business and for global grain traders and accounted for nearly 60 percent of U.S. soybean exports and 12 percent of corn exports two years ago.  Controlled launches, however, are at best a temporary fix because they are costly, complicated and risk accidental contamination of other export grains, said Jim Sutter, chief executive of the U.S. Soybean Export Council. Indeed, the hundreds of cases of genetic contamination that have been reported so far show clearly that coexistence is in fact impossible and that non-authorised GMOs will anyway end up in U.S. exports. Beijing is taking longer than in the past to approve new GMO crops. The slowdown in Beijing's regulatory process comes amidst growing consumer sentiment against GMO food in China and concerns amongst some government officials about excessive dependence on U.S. food supplies. http://www.reuters.com/article/2014/11/25/us-usa-gmo-china-insight-idUSKCN0J90DU20141125

Mexico
No GMO honey in Yucatan

A small group of beekeepers and a district judge in the state of Yucatán in Mexico have halted Monsanto’s ambitions to plant GMO soybeans. The judge overturned a permit issued to Monsanto by Mexico’s agriculture ministry, Sagarpa, and environmental protection agency, Semarnat, in June 2012 that allowed commercial planting of Round-up Ready soybean. The permit authorised Monsanto to plant its seeds in seven states, over more than 253,000 hectares, despite protests from thousands of Mayan farmers and beekeepers, Greenpeace, the Mexican National Commission for the Knowledge and Use of Biodiversity, the National Commission of Natural Protected Areas and the National Institute of Ecology.  In withdrawing the permit, the judge was convinced by the scientific evidence presented about the threats posed by GM soy crops to honey production in the Yucatán peninsula. Co-existence between honey production and GMO soybeans is not possible, the judge ruled. http://www.theguardian.com/global-development/poverty-matters/2014/aug/08/sweet-victory-beekeepers-monsanto-gm-soybeans Mexico is the world’s 6th biggest producer and 3rd largest exporter of honey. About 25,000 families in the Yucatán peninsula depend on honey production. This tropical region produces about 40% of the country’s honey, almost all of which is exported to the EU.