Viktoria Marinova, a Bulgarian journalist, was brutally murdered on 6 October 2018. The Greens/EFA in the European Parliament demanded an immediate and independent investigation into Marinova’s death.

While the motive remains unclear, this terrible crime has brought to light serious allegations of corruption in Bulgaria. Just a few days before her assassination, Viktoria Marinova, who was the presenter for an investigate program on TVN, a Bulgarian local station, interviewed two journalists who reported on misuse of European Union (EU) funds in Bulgaria.

The investigation, published on the website Bivol.bg, alleges that a considerable sum of money from EU funds was siphoned off and misappropriated by an organised group of persons. The investigative outlet, which worked in partnership with the Romanian RISE project, reported that they got access to secret accounting books from a network of consultancy firms, all seemingly linked to the same company, BG Group, one of the biggest construction companies in Bulgaria.

According to the journalists’ investigation, the consultancy firms helped BG Group to win bids in projects with European funding through document manipulation, as well as by getting trusted persons onto evaluation committees. The non-public documents revealed by the journalists apparently show that bribes were distributed at all levels, ranging from deputy ministers to auditors, and experts. According to the journalists, around 55% of the revenues of consultancy firms were used to pay commissions between November 2013 and February 2015.

The investigation found that once the company won a bid, EU money was siphoned off by over-estimating expenditures and declaring fictitious deliveries. According to the journalists, the GP Group, as well as other consultancy firms, created fraudulent bills with which they could make claims for greater expenses from materials and labour than the amounts actually needed.

The alleged misuse of EU funds by the GP Group and consultancy companies concerns European Union Rural Development Programmes, Operational Programmes, and the Energy Efficiency Programme. However, this may only be the tip of the iceberg. “It is unlikely that the “GP” scheme is an exception and the others would be all clean and all in white”, highlighted the journalists.

All the money supposedly received by officials, and paid as commission fees by consultancy firms, may have been transferred through offshore companies. According to the journalists, the main supplier of the European projects in question is a company owned by a British national living in Cyprus, who they claim is a strawman hiding the real beneficial owner of the company. The journalists reported that the GP Group is associated with Valentin Zlatev, the Bulgarian representative of the Russian oil giant Lukoil, as well as with Russian oligarchs with business interests in Bulgaria.

Investigative journalism is essential to our society

The investigating website has called on different institutions, both national and European, to initiate thorough investigations. The Bulgarian prosecutor’s office recently froze EUR 14 million owned by companies and traders related to the GP Group. The Bulgarian Prime Minister recently ordered the Bulgarian Road Infrastructure Agency to stop the European-funded projects implemented by the GP Group. The EU’s anti-fraud office, OLAF, also announced it had begun looking into potential misuse of EU funds in the country, and it could still decide to open a full investigation in the future.

When it comes to freedom of the press, Bulgaria is ranked as the worst country in the European Union, occupying 111th place in the 2018 World Press Freedom Index by Reporters Without Borders. Indeed, the two reporters conducting the investigation into the GP Group had previously been detained, in September 2018, while they were tracking down the destruction of documents related to the corruption scandal.

Investigative journalists are essential to our society, and any hindrance to their work is an attack on our democracies. Europe should be a safe space for journalists, as well as for whistle-blowers. That is why the Green/EFA group insists that more needs to be done to protect journalists.

We are also calling on the European Union Institutions to do everything in their power to ensure that the allegations of fraud with EU money are properly investigated, and we are calling on the EU Parliament to send a mission to Bulgaria to assess the situation on the ground. 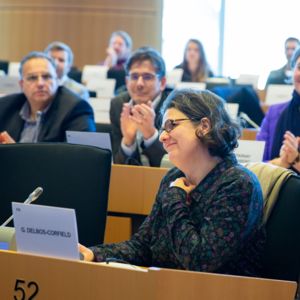 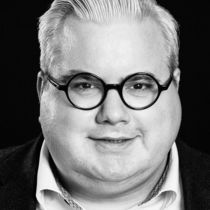