Lobbying Transparency versus “freedom of the mandate”

Members of the European Parliament are about to miss a big opportunity to deliver on lobby transparency in Europe. This is because Members from the EPP, S&D and ALDE groups are - rather ironically - arguing that their “freedom of the mandate” would make it legally impossible for them to enact policies that could finally transform the EU lobby register into an effective transparency system.

Since legalistic arguments are often used to kill political debate, we decided to work with Professor Alberto Alemanno, Jean Monnet Chair of EU Law, to verify their plausibility. His legal opinion, which can be downloaded here, concludes that the “freedom of the mandate” is not an absolute freedom, and is actually reinforced, rather than impaired, by lobby transparency obligations. It also highlights that the proposed lobby register is needed in order to implement the existing transparency obligations found in the EU Treaties. A summary of the legal opinion can also be downloaded here.

This article takes as a basis the findings of Alemanno’s legal opinion and argues that the “freedom of the mandate” debate is nothing but an excuse to avoid more lobby transparency.

1. What is the “free mandate” and how does that relate to the lobby register, legally speaking?

The free and independent mandate of MEPs is regulated in both primary and secondary law. Since the proposed Inter-institutional agreement on the Transparency Register complements and implements various Treaty provisions by giving full meaning to them, it primes – as a matter of principle – secondary law, including the Members' Statute and the Staff Regulations, as well as the Rules of Procedure. The IIA is needed to put into practice the existing transparency obligations stemming from the Treaty.

A “free mandate” is not an absolute freedom, nor should it mean freedom from accountability

However, the Transparency Register IIA must also comply with the provisions of primary law on the free mandate. The specific provisions are worth quoting directly, for the sake of clarity:

As can be read above, the free mandate is designed to allow for Members to freely express their opinions and to vote and exercise their mandates without external interference. But this does not exempt them from any obligations. For instance, they still have to fill in an assets declaration and they still have to abide by certain standards of behaviour.

Clearly nothing in those provisions prevents the institutions from regulating to introduce better transparency obligations. On the contrary, the Treaty obliges the institutions to aim at high standards of transparency (articles 1, 10 (3), 11 (1-2) TEU and 15 (1 and 3) TFEU). A “free mandate” is therefore not an absolute freedom, nor should it mean freedom from accountability.

2. Transparency is a proportional and necessary part of the free mandate of MEPs

As argued above and in the legal briefing, legally speaking, greater transparency measures cannot be considered a violation of the laws on the freedom of the mandate of MEPs. This said, if we consider that lobbying transparency could be a limit or “instruction” on the freedom of the mandate, this would not mean that it cannot be applied at all: limits can always be applied, as long as they are proportional.

The following criteria therefore have to be fulfilled:

Applying this in practice, there are 2 types of transparency measures that some claim could violate the freedom of the mandate of MEPs:

a) Refusing meetings with unregistered lobbyists

The table below summarises the main arguments why obliging lobbyists to register before meeting MEPs is not a disproportionate violation (if at all) of the freedom of the mandate of MEPs.

In addition, it is worth noting that the European Parliament has already adopted in its Rules of Procedure the “systematic practice of only meeting interest representatives that have registered in the Transparency Register”. Including this in the Lobby Register IIA would be the next logical step to make sure this happens in practice.

b) Transparency of lobby meetings

Some MEPs claim it would be too much work, which is a myth: any political group, or individual MEP, can freely download and install a software called “LobbyCalendar” which makes publishing lobby meetings quick and easy - see the version installed by the Greens/EFA group here: https://lobbycal.greens-efa-service.eu/all/

It should also be noted that, although the majority was not large enough to change the Rules of Procedure of the Parliament, there is still a majority of MEPs who voted in favour of “publish[ing] online all scheduled meetings with interest representatives falling under the scope of the transparency register.”

This image shows which political group voted in favour of publishing their meetings with lobbyists, and which still need to be convinced:

The excuse of the “freedom of the mandate” is used to avoid improving transparency of lobbying in the European Parliament and is not legally relevant. Obliging lobbyists to register before they meet MEPs is not only necessary and proportionate in order to achieve the Treaty objectives of transparency, of a regular and open dialogue and of a public exchange of views, but it is also legally required by the very same Treaty provisions.

Improved lobbying transparency is legally possible for MEPs, assuming there is political will

In addition, since the register is still based on an IIA, making the implementation of a sanctions system impossible, these measures are the least burdensome and therefore most proportionate way of finally bringing what could be considered a “mandatory” registration system into force.

Members would remain entirely free to meet the interest representatives they consider appropriate, as long as the latter fulfil the requirements of the proposed IIA. They would still decide entirely independently to what extent they will take account of opinions originating from stakeholders’ encounters, and would be better informed to do so. Finally, the requirements introduced by the IIA are required for certain – not all - types of interaction.

Improved lobby transparency is therefore clearly legally possible, assuming there is political will. 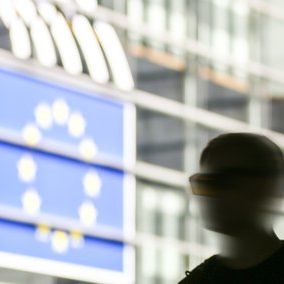